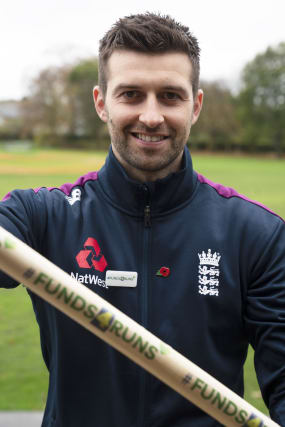 Mark Wood accepts England’s Twenty20 whitewash over South Africa meant his own omission from the series proved “the right call” but is raring to reassert himself with a leading role in the next leg of the tour.

England kept an unchanged XI throughout the 3-0 victory as they looked to build towards next year’s T20 World Cup, leaving Wood, Moeen Ali, Sam Billings and Reece Topley on the outside looking in.

Things are due to change for the three-match one-day series starting on Friday, with Jofra Archer, Ben Stokes, Sam Curran and Chris Jordan all excused following their excursions in the Indian Premier League.

Paceman Wood has more reason than most to be look forward to it, having featured in just six of England’s 21 internationals since the sport returned from its coronavirus shutdown – a frustrating return for a three-format player at the peak of his powers.

“It’s hard to get into this team and you’ve got to take your chance when you get it,” he said.

“If I’m in form and firing, I’d like to think I could hold my spot, but that’s down to me. I had a conversation with (captain) Eoin Morgan before the first game and he was saying it’s a tough call.

“It wasn’t anything I did wrong, they thought I was preparing well, it was just the gut feeling he had and the team he went with. That’s international sport. We’ve just won 3-0 here it proved to be the right call.”

Wood is the squad’s most ebullient character, who filled in for the absent Barmy Army during the summer by singing Jerusalem from the top of the stand at the start of the play and was once known for riding an imaginary horse around the outfield.

He would be forgiven if that naturally bright demeanour had taken a hit as a result of his repeated omissions over recent months, but he tries to keep the two matters separate.

Asked if he was inclined to let any disappointment show, he said: “Yeah, I think so, a little bit. ‘Miffed’ is a great word.

“But I still hold core values of being a good team bloke. The team always comes first and you always want your mates to do well. There is a competitive edge that you don’t want to be the one to miss out, you want to be the guy that’s out there, but Morgy has a very open and honest dressing room and it’s the same with Spoons (head coach Chris Silverwood).

“If I want a reason for why I was left out or how I could get better or stay in the team, he would give me that answer. It’s not about banging on his door or trying to knock it down.”

Wood’s playful manner was firmly in evidence when he was asked for his views on the coded messages coming from England’s team analyst Nathan Leamon during the T20 series.

Cameras picked up alphanumerical signals such as ‘4E’ and ‘2C’ being hung over a railing for the attention of Morgan during Tuesday’s match – an experimental policy England received approval for from match officials.

“I thought it was shoe sizes at one point,” Wood said.

“I’m not sure I’ll be taking too much notice of it, I’m too busy worrying about other things. Morgy is a very instinctive captain anyway so I’m not sure he needs that much but it’s great to have there. Nathan does a good job, so any little bit that can help.

“Maybe this is part of the new way of cricket. We’re always looking for ways to improve it. Maybe this is it, the analyst gets to hold up a scorecard like (Strictly Come Dancing judge) Craig Revel Horwood and we’ve got a new game show.”

Dawid Malan is another player leaving South Africa before the ODIs get going, despite his man-of-the-series showing in the shorter format.

On Wednesday morning the International Cricket Council announced that the 33-year-old had set a new record in its T20 ranking system, retaining his number one spot with an unprecedented 915 points.

Malan has now passed 50 on 10 occasions in just 19 T20 appearances, the fastest player ever to to do so, six matches quicker than the great Chris Gayle.

“We had that stat read out to us this morning,” Wood said.