Conor Murray: Scotland will be licking their lips to take on Ireland 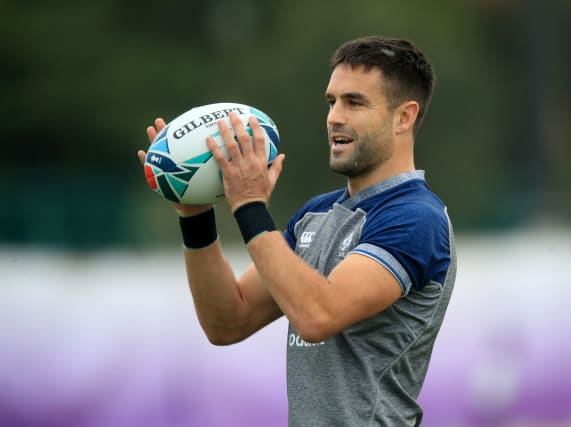 “If Scotland played against Georgia last week and struggled to put them to the sword, we’d be more confident than we usually would,” Murray said ahead of Saturday’s clash in Dublin.

“I’m sure they are licking their lips and that’s the challenge for us, to right the wrongs of last weekend and put it up to the Scots.

“We expect to perform a lot better, especially given the way the first half went.

“We reviewed the game and we were harsh on each other. It was the way it needed to be and we didn’t shy away from it.

“We all fronted up, accepted the mistakes and move forward.”

Ireland finished third in the 2020 Guinness Six Nations and have had an inconsistent year under new head coach Farrell.

They began the Autumn Nations Cup with a comfortable home victory over Wales, but were then soundly beaten by England at Twickenham before overcoming Georgia at the Aviva Stadium.

But Ireland have dominated recent fixtures against Scotland, winning eight of their last nine meetings.

“If we’d had a good second half against Georgia then we would be having a completely different conversation,” said Murray, who has recovered from a dead leg suffered last weekend.

“Those 40 minutes are not going to dampen our mood because we’ve been enjoying camp and the way we’ve been playing, and we’ve seen really good glimpses.

“But Scotland are a good side. Over the last few years we’ve won the majority, but they’ve been really close battles and we’ve tagged on a few scores late in most of those games.

“They’ve got a new fellas in there, exciting players, and have no fear of coming to the Aviva.

“They always seem to put it up to us and it’s a game they always play well in.”

Farrell’s record might be under scrutiny since succeeding the successful Joe Schmidt, who stepped down after the 2019 World Cup.

But experienced British and Irish Lions scrum-half Murray believes the lines of communication are better in the new set up.

“In the last regime it was a group that was together for such a long time,” he said.

“Things were really embedded and more often than not everyone knew what they were doing.

“It’s a bit of a different set up, especially with so many new players and even for older experienced players sometimes it can be hard asking questions in front of a group.

“It’s more free flowing. Before there was some really good communication and things going on.

“But now a young player or an experienced player can stop a walk-through and say ‘I don’t know that’ than maybe try to guess it.

“You can feel it around the place when you’re in little mini-groups before you get out on the training pitch.”