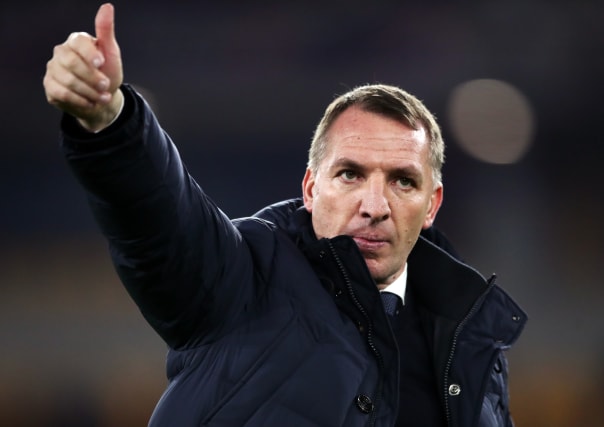 Brendan Rodgers has welcomed the respite that comes with Leicester qualifying from the Europa League group stage with games to spare as he prepares to rest some of his jaded players and bring back a key trio from injury.

Leicester guaranteeing themselves a place in the knockout rounds has allowed them to leave Kasper Schmeichel, Jonny Evans, Youri Tielemans and Jamie Vardy back in the midlands ahead of their penultimate Group G fixture in Ukraine.

The quartet have had a heavy workload as Leicester juggle domestic and European commitments this season but Rodgers is able to give them a breather ahead of their Premier League match at Sheffield United on Sunday.

A number of fringe players and youngsters will get the opportunity to impress against Zorya Luhansk on Thursday, when Ricardo Pereira is set to make his first appearance since March following his recovery from a knee injury.

Fellow defender Caglar Soyuncu and midfielder Wilfred Ndidi are also set to make their comebacks after respective adductor issues, which is a welcome relief for Rodgers.

“We’re enjoying the season and the challenge of the games so close but of course there’s a physical load on the players and especially with the number of players we’ve had injured,” the Leicester manager said.

“From time to time I’ve seen a little bit of tiredness in the team because some of the players are having to play so much because of the numbers we’ve had out.

“It just felt right to give them the rest. We don’t take the game lightly, we still bring a squad that we think can get a result for us to win the group. It’s good to give them that rest.

“To have the level of player coming back, especially from a defensive side, it just can get us back to working how we want to work, we’ve had to adapt over this period of the season in terms of our style and identity at times.

“To get those players back with the level of mobility and quality that they have is really going to help us. I can’t wait. It will make the squad super competitive when they do.”

The return of Pereira is especially pleasing for Rodgers after the Portuguese full-back underwent rehabilitation on anterior cruciate ligament injury nine months ago.

“He’s really excited about being back, he’s been training for a number of weeks now,” Rodgers said. “We’ll look to get him to about 75 minutes here.

“He’s one of the best full-backs in European football. His defending is very good, he’s hard to beat and going forward, how he travels with the ball, he’s like a winger for you. It will be great to get him back.”

Rodgers, who revealed Belgian full-back Timothy Castagne is also closing in on a return, has seen his side lose to Liverpool and Fulham in their two most recent league matches, either side of a draw at Braga last week.

“The players and how they’ve performed with the injuries in the squad, it’s been amazing,” Rodgers added. “I can’t be critical of the guys, they’ve given absolutely everything.”