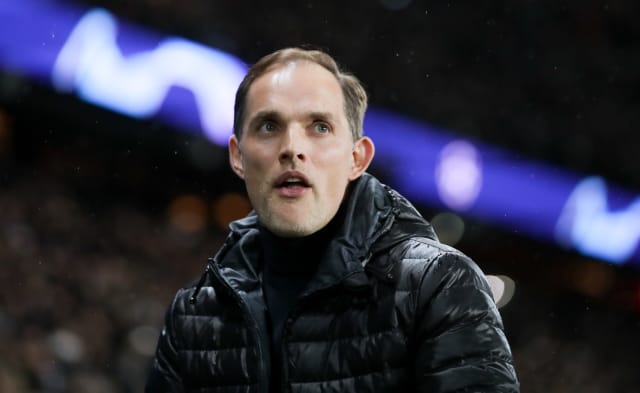 Ole Gunnar Solskjaer’s Manchester United know that a point from their remaining two Group H matches will be enough to see them progress to the knockout phase.

But Wednesday’s visitors are in a far more precarious position, with PSG needing to win at Old Trafford to keep qualification hopes in their own hands just three months on from losing the 2019/20 final to Bayern Munich.

“A final against RB Leipzig, a final here against Manchester United at Old Trafford as well. It’s a game we need to win to qualify from the group.

“We’re not here to make excuses. It’s up to us to show the very best we can possibly show and to win.

“It’s a huge challenge to win at Old Trafford against Manchester United. They have a really strong team, we know that.”

Tuchel led PSG to victory at Old Trafford in February 2019, but that 2-0 win was rendered meaningless thanks to United’s historic 3-1 triumph in the second leg of that Champions League last-16 clash.

Rashford struck the winner that night, just as he did as Solskjaer’s side emerged 2-1 victors in October’s Group H opener in the French capital.

“We value him very much when he plays in England and not Parc des Princes, honestly, because (him scoring against us) gets a little bit annoying,” Tuchel said.

“The guy is a very young adult who takes his responsibility on and off the pitch very impressively.

“I have met him as an opponent three times and every time I’ve met a calm and humble guy and a nice person, which is amazing. I like this mixture a lot.

“For me personally, the sporting side is clear – he’s a big threat with his speed, with his ability to score, with his determination and his finishing.

“He’s very precise, taking shots inside and outside of the box. He is super rapid on counter-attacks and strong in the air with headers.

“He’s had a big impact and it’s nice to see guys like him from the academy having such a big impact in a big, big club like United.”

As well as Rashford, Solskjaer is also able to call upon PSG’s all-time top scorer Cavani just days after he inspired United to an outstanding 3-2 comeback win at Southampton.

Tuchel, who was unaware of the controversy surrounding his former player’s social media post, said: “I’m surprised because I know Edi as a calm person, determined on the pitch to help the team.

“This determination is a rare characteristic for a striker of his quality – always ready to do everything for the team. He has a big physical impact, scoring comes very natural for him. He’s reliable 24/7. You can call him in the night and he’d be there to score and to defend.

“I’m happy for him personally that he could show this to all Man United fans in the last game against Southampton, where he was absolutely decisive for them.

“He does not need to show it tomorrow, we already know, so he can do a little pause! It’s not necessary to show us. If he plays, we must find answers for that.”