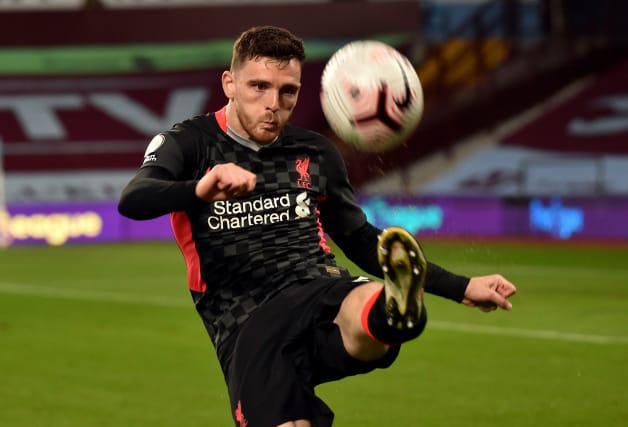 Liverpool defender Andy Robertson insists it is not possible for players to manage their workloads during games and believes they should be getting more help from authorities.

Manager Jurgen Klopp has been a vocal exponent of retaining the option of five substitutions and critical of opposition to it.

But after another hamstring injury at the weekend, this time to midfielder James Milner, Robertson believes there has to be some leeway as they head into a run of eight matches in 30 days in an already packed schedule.

“The schedule is hectic,” he said ahead of the Champions League visit of Ajax.

“There is no secret in that because of Covid we had to make up time and the schedule can’t change because we need to get all these games in different competitions in.

“We got our head round that but maybe we could get a little bit more help.

“My manager has probably been the most vocal on it but I know a lot of managers are crying out for five substitutions.

“Up in Scotland they have five substitutions now and speaking to some of those boys they think it makes a massive difference because it is so hectic.

“I just believe we should be trying to help the players. I don’t know the exact number but there are a lot more muscle injuries happening this season.

“It seems every game I watch or every game I’m involved in someone is going off injured with something.”

Robertson has played 1,175 minutes of football in Liverpool’s 14 Premier League and Champions League matches so far, missing a total of 85 minutes across two matches against Atalanta.

He is arguably Liverpool’s most overloaded player considering the work he has to do covering the ground down the left flank.

But he maintains there is no way for him to hold back.

“Certain games you maybe need to adapt: Atalanta away we adapted a bit with me and Trent (Alexander-Arnold) playing deeper and being more inside, which saved our legs a bit and meant we weren’t sprinting as much.

“We also got taken off in that game because of how well we had played (they won 5-0).

“So far, touch wood, I’ve been OK and fit and hopefully that continues because the schedule is not going to get any easier.”