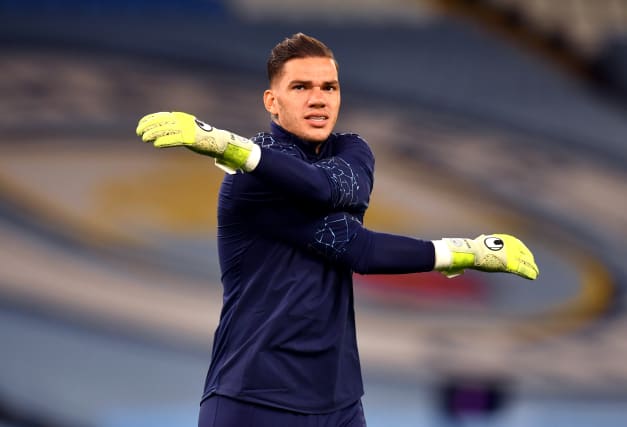 Manchester City goalkeeper Ederson has backed calls for the introduction of concussion substitutes.

Football’s concussion protocols are again in the spotlight following a sickening clash of heads between Wolves’ Raul Jimenez and Arsenal’s David Luiz in the Premier League on Sunday.

A proposed new measure would allow teams to make a change for a head injury, even if they have used all their substitutes in a game.

The Football Association has expressed a willingness to trial such a system in the FA Cup, if the game’s lawmakers allow, but calls are growing for more immediate and widespread change.

Jimenez suffered a fractured skull as a result of his collision with Luiz, who controversially played on in the game despite blood from his resulting wound seeping through a bandage.

Ederson himself has suffered a nasty head injury on the field. In September 2017 he left the pitch on a stretcher and required stitches after being caught in the face by Liverpool’s Sadio Mane.

Ederson said: “I was very worried. I was watching the game. I played with Raul Jimenez at Benfica.

“It was an accidental clash, head to head, very difficult. I think all the concern and care is very important. It is a part of the body that is very fragile and needs special attention.

“I agree when there is a blow to the head there should be a substitution, whether the player can continue or not. You might be feeling OK because you are warmed up, but after the game you feel the consequences.

“It was accidental. It is something that happens in games and we can’t change that. They just went to compete for the ball.

“But we know the risks of a head injury. I hope he recovers quickly and will be back as soon as possible.”

City manager Pep Guardiola has also called for greater clarity over what the game’s concussion protocols are.

Guardiola said at a press conference: “First of all, hopefully Raul Jimenez and David Luiz are well. I heard Jimenez had an operation, so hopefully he is going to be well. This is the most important thing. With concussion in the head you have to be careful.

“I don’t know the protocols. Some of them say you have to be immediately out, some of them say no. It should be clear because in the head it’s always so dangerous.”