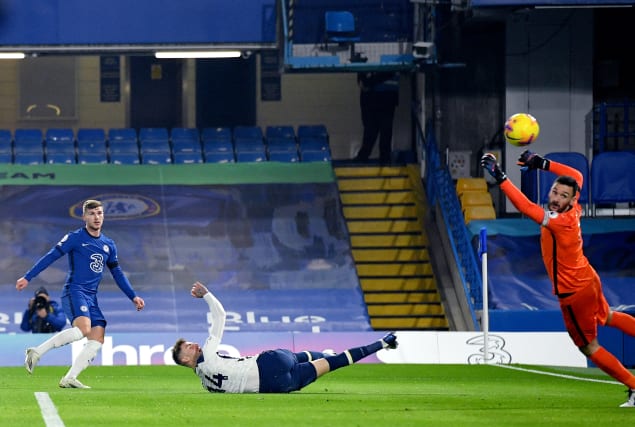 Tottenham regained top spot in the Premier League after a goalless draw against Chelsea at Stamford Bridge.

Chelsea’s Timo Werner had the ball in the net in the first half but the flag was correctly raised for offside.

Frank Lampard’s side continued to be the ones pushing for a winner after the break but Spurs kept them out to remain two points ahead of their London rivals.

Substitute Edinson Cavani was the hero as Manchester United completed a dramatic 3-2 comeback win over Southampton.

Jan Bednarek’s header and a fine James Ward-Prowse free-kick had Saints dreaming of a first home league win against the Red Devils since 2003.

But half-time introduction Cavani turned the match on its head, setting up Bruno Fernandes then equalising before heading in the winner two minutes into injury time.