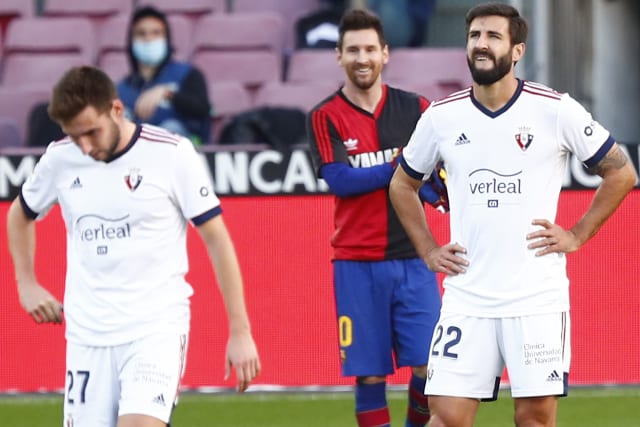 Here, the PA news agency looks at some of the best examples from November 29.

There was another funny Thomas Muller interview.

As did the Red Devils players.

And the man who made it happen was perhaps happiest of all.

Marine players revelled in their FA Cup triumph over Havant and Waterlooville, which saw the seventh-tier outfit reach the third round and a potential tie against a major side.

Hello! Chorley belted out Adele again after producing another FA Cup shock to reach round three.

Steven Gerrard looked back at his Liverpool bow.

Raphinha revelled in netting the winner for Leeds on Saturday.

The Whites have a new fan.

Jon Walters had his say on VAR.

Rio Ferdinand showed his dogs who was boss.

Romain Grosjean miraculously survived a huge crash on the opening lap of the Bahrain Grand Prix when his car hit the wall and burst into flames.

The England players made a little lad’s birthday.

Jofra Archer was buzzing with the T20 series win.

But not so for David Warner.

That really is tremendous.

What a place to play.

The Juggernaut got the job done.

Frank Bruno and Lennox Lewis loved the boxing on show.

Tony Bellew remembered the late actor Chadwick Boseman on what would have been his 44th birthday.

Conor McGregor looked in great shape and continued his prep for his next fight.

Sonny Bill Williams was out and about.

Why change the habit of a lifetime? Paul Lim, 66, secured his 24th World Championship appearance.