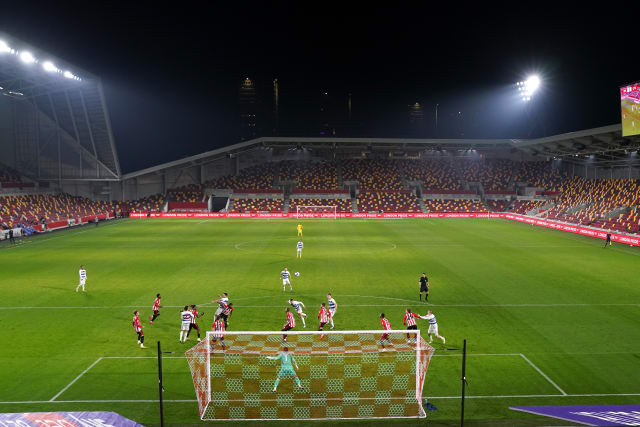 Here, the PA news agency looks at some of the best examples from November 28.

Brentford hit back at QPR’s jibe about their new stadium.

A goal and assist against Crystal Palace has put a smile on Callum Wilson’s face.

Harry Kane is loving it.

Andy Robertson had his say after Liverpool were denied victory against Brighton when a VAR review deemed he had fouled Danny Welbeck in the box.

Georginio Wijnaldum urged the Reds to move on.

There was a nervous wait for the retiring James Graham.

Stevie Ward opened up on his struggles with concussion.

A great gesture from the All Blacks.

A milestone for Adil Rashid.

It’s all for a good cause!

David Willey got in the spirit.

Knight set a Thunder record on the way to the trophy.

Tyson Fury remembered one of his greatest days in the ring five years ago today.

And he knows his strengths!

Max Verstappen was ready to “unleash the lion” in Bahrain.

Williams’ George Russell proved Lewis Hamilton is not the only Brit currently setting records in F1.