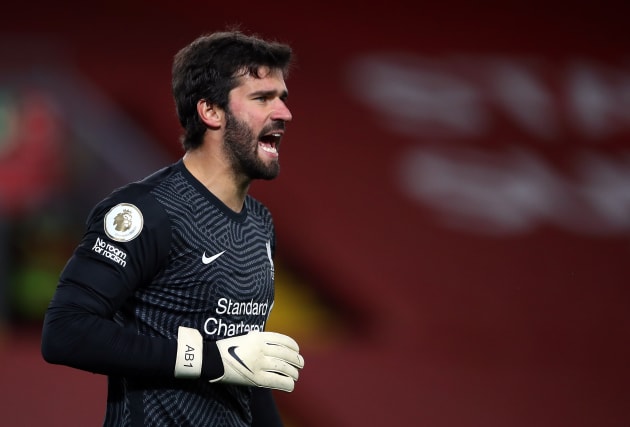 Liverpool manager Jurgen Klopp believes goalkeeper Alisson Becker has yet to have a bad game for the club.

The Brazil international is set to make his 100th appearance at Brighton on Saturday and Klopp hailed the £65million signing for the consistency of his performances.

“After 100 games for Liverpool I don’t have to speak about the importance of Alisson,” he said.

“But I would say 99 good ones so far. I can’t remember a game where he was not spot-on and that’s good.

“When you have a world-class goalkeeper you want to have him in your goal and the more often you can do that the better it is for us and I am very happy.”

Klopp could be reunited with one of his former favourites Adam Lallana on the south coast, just four months after the midfielder left Anfield following their Premier League title win.

The 32-year-old requires a late fitness test on a groin problem but the Reds boss fully expects him to be ready to take on his former team-mates.

“We still miss him but it is not easy to miss Adam Lallana because pretty much everyone at the club still has contact with him – not this week so much but he is a friend for life,” he added.

“We are not 100 per cent sure if he can play – he didn’t tell anyone – because last week he had to leave the pitch with a groin issue if I’m right.

“I would expect him to be on the pitch tomorrow and then for 90 minutes I know him well enough that Adam will put friendship aside and then after the game we will be friends again. That is the nice thing with friends.”

Brighton have not win in their last eight home matches but Klopp believes that statistic detracts from the performances they have put in.

“We have analysis meetings and I have analysts who are honest and if I have an opponent who is a tough one to play they tell me in the first second of the meeting,” he said.

“When we see all the results they had in last six, seven eight games we say ‘OK, the result don’t look right but they are in a good moment and they play good football’.

“You can see since they worked together they have a lot of possession, a football-playing side, play the same system and do it really well.

“They didn’t score often enough to get results but we cannot go there and expect they will not finish their situations.

Klopp is hopes Jordan Henderson will be available after the midfielder returned to training on Thursday after a thigh injury sustained on international duty.