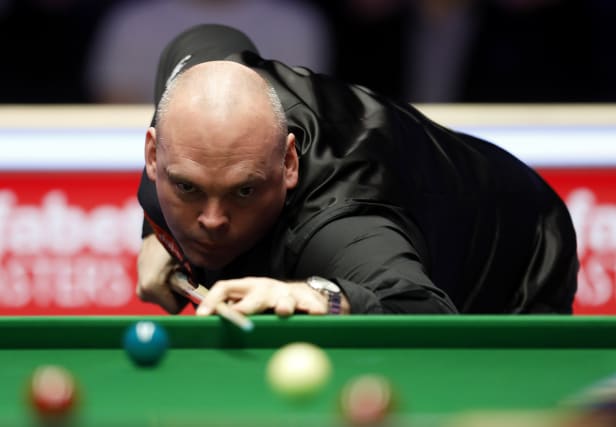 Stuart Bingham compiled the second maximum break in as many days at the UK Championship in Milton Keynes.

Less than 24 hours after Kyren Wilson scored a 147 against Ashley Hugill, Bingham repeated the feat in the sixth frame of his first round match against Zak Surety.

Wilson cheekily reacted on Twitter, writing: “Cheers @Stuart__Bingham – had to take my limelight didn’t you – Race to 2 Max’s take the pot”

Bingham’s 147 was the seventh of his career, and took him clear in fourth place on the all-time list of maximum makers, behind Ronnie O’Sullivan, Stephen Hendry and John Higgins.

It was also the third tour maximum in just two weeks after Judd Trump produced a faultless frame en route to winning the Northern Ireland Open at the same venue last week.

Bingham’s maximum lifted him one frame from victory against Surety and after his opponent briefly rallied, the former world champion went on to wrap up victory 6-2.