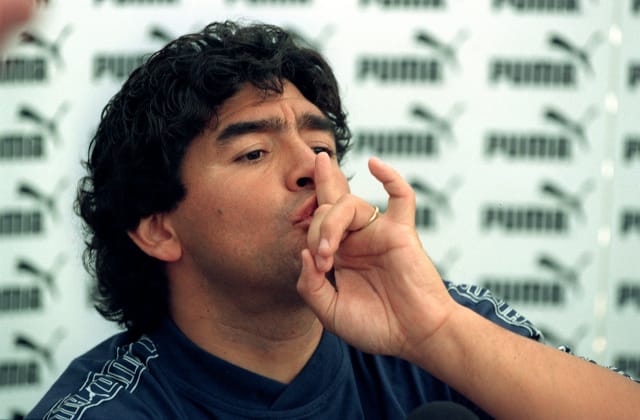 Former England defender Terry Fenwick joked Diego Maradona “ruined my international career over 90 minutes” as he paid tribute to the Argentina great, who has died just a few weeks after his 60th birthday.

In the unforgettable 1986 World Cup quarter-final between Argentina and England, Maradona dribbled past a number of defenders, Fenwick among them, to score what has gone down in history as the ‘goal of the century’.

The stunning solo effort came just four minutes after his notorious ‘Hand of God’ goal in a game that is still seared in the memory of Fenwick, who admitted he was initially “bitter and twisted” at what unfolded.

But as time has passed, Fenwick’s anger has given way to reverence for a player who inspired Argentina to their second World Cup crown 34 years ago and also won a number of honours at Barcelona and Napoli.

Fenwick, capped 20 times between 1984 and 1988, told talkSPORT: “I’m distraught at the news of Diego Maradona’s passing. What a legend. For me the greatest player of all time.

“Initially I was bitter and twisted (at the ‘Hand of God incident). It was handball, a free-kick to England. We thought we had the better 11 players on the field, but they had the world’s greatest player. He was the difference.

“This fella was unbelievable. It didn’t matter how many defenders were around him. Give him the ball and he’d destroy you.

“This guy ruined my international career over 90 minutes. But it was not for 20-odd years did I sit down and realise I’d played against the best player there’s ever been.

“It wasn’t just Terry Fenwick. This guy slaughtered teams wherever he had been.”

Fenwick recounted his memory from facing Maradona, revealing he attempted to impose himself on the former attacking midfielder only to find he was not someone who was easily intimidated.

Fenwick added: “I belted him two or three times. I thought ‘that’s him done’. He was off the pitch for four and a half minutes after I whacked him once.

“And when I turned round and he was warming up to come back on, I was thinking ‘what the hell have I got to do to stop this man?’. He was built like you wouldn’t believe. He was a pit bull and he came back for more all the time.

“The ball was stuck to that left foot, you couldn’t get it off him. I tried to intimidate him but he was always there, ready for more. I didn’t say two words to him but he was chatting to me from start to finish.

“That was the confidence of the man. He knew he was better than the rest. What a player.”