Chelsea boss Frank Lampard: Callum Hudson-Odoi has a big future with us 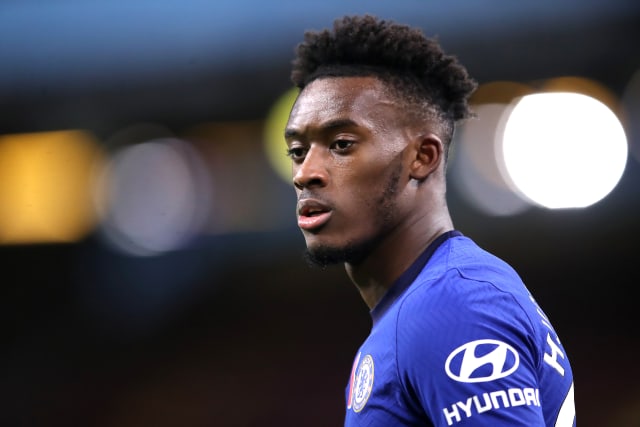 Frank Lampard has hailed Callum Hudson-Odoi’s “constant improvements” in mapping out a long career at Chelsea for the England forward.

Hudson-Odoi fired the Blues into an early lead at Rennes on Tuesday night with a composed finish after Mason Mount’s perfectly weighted through-ball.

The 20-year-old faces an intense battle simply to take the field this term, given the number and quality of Chelsea’s summer recruits.

Boss Lampard insisted, however, that Hudson-Odoi’s so-far limited chances hold no bearing on his status now, or in the future, in west London.

“I am seeing constant improvements from him; I knew he’d had a couple of good performances for the England Under-21s last week,” Lampard told Chelsea’s website.

“I know he wants more minutes, but I have competition in that area.

“If he isn’t getting minutes in a period it doesn’t mean he is out of favour with me. He certainly isn’t.

“He is still a developing player, to a degree.

“The bit of quality he shows with the first two touches before he got his shot away was top class; I know he can do that.

“There are loads of great things about Callum, and I know there are things he can improve in his game. He knows that.

“He is a big player for Chelsea, he has a big future with us. His all-round game was fantastic, and he got his goal too.”

Hudson-Odoi’s goal had Chelsea coasting in Tuesday’s Champions League clash in France, only for Serhou Guirassy to head a late equaliser and leave the Blues lamenting a clutch of missed chances.

Super sub Olivier Giroud powered home a stoppage-time header to snatch the 2-1 win for the visitors, though, ensuring their qualification for the last 16.

As well as being delighted with the win, Lampard was also pleased to hear Monday’s Government update on the return of supporters to English stadiums once lockdown ends on December 2.

“First and foremost, we want fans back,” the 42-year-old said.

“I’m not sure exactly how the system will work, it’s something that needs to be discussed further. But what was really nice for me was the positive nature of the fact that there’s movement and something will happen if it feels safe.

“That’s the most important thing, because these are very uncertain times.

“So hopefully the level playing field remains, but we have some fans back and we move forward quickly.

“I’m just happy with the news because there are a lot of things that have been disrupted in life recently, which are more important than football.

“But in football, just in terms of our jobs and playing in stadiums and wanting fans back for the atmosphere, what it means for the fans, it is becoming more and more apparent every game that we play.

“So if safe then of course we’re really happy.”