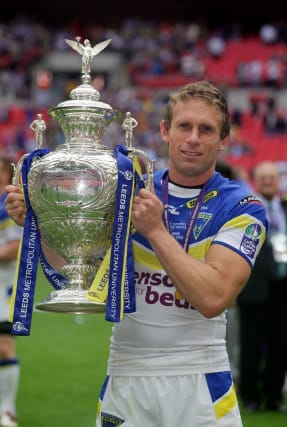 The 42-year-old Australian, who enjoyed a successful career in England with Huddersfield and Warrington, joins the Black and Whites from NRL club Wests Tigers, where he was assistant to former Wigan coach Michael Maguire.

Hodgson, who previously worked at Hull as a coaching consultant, takes over from interim head coach Andy Last, who stepped into the breach following the sacking of Lee Radford in March.

Hull chairman Adam Pearson, said: “Brett is recognised in Australia as one of the brightest, up-and-coming coaches in the NRL and, having turned down other opportunities, we are privileged to get him at this point in his career.

“We had an extensive list of applications from varying backgrounds but Brett has emerged from a thorough process as the stand out candidate for what we were looking for, in particular his passion for the sport, his ideas and aspirations in the role and what he feels we can achieve as a club.

“He made a fantastic impression during his time with us previously and he is held in very high regards at Wests Tigers, so we are delighted to have secured his services.”

Hodgson was a Grand Final winner in Australia with Wests Tigers and also played for Western Suburbs, Parramatta and New South Wales before making the move to Super League.

He led Huddersfield to the Challenge Cup final and was named Man of Steel in his first season at the club in 2009 before going on to win the Lance Todd Trophy as man of the match in Warrington’s Wembley triumph in 2012.

Hodgson also captained the Exiles before retiring in 2013 to embark on a career in coaching, initially at Widnes.

“I’m very excited,” he said. “I spent nine years over in England playing in Super League and then moving into coaching, with one of those years as a consultant at Hull FC so I know some of the people at the club already.

“It is a fantastic club with real pedigree and ambition so I’m excited to be heading back and hopefully helping such a prestigious club to achieve some success.

“To come back to Super League where I spent a large chunk of my career and join a high-profile side was too good to turn down – I really enjoy the style of football over there.

“Hull demands success and that’s what I’m about.

“I have had opportunities at other clubs but have been waiting for the right option. Hull FC is just a too good opportunity to turn down.”

Hull say he will arrive in December and will commence pre-season training with the squad in January.

Hodgson will be assisted by former Widnes and Leigh coach Kieron Purtill, who joined the club as an assistant at the end of last season, and former skipper Gareth Ellis, who is joining Hull’s backroom staff after hanging up his boots.

Last will step down from his role with the first team and has been offered an alternative position within the club.

Pearson said: “I’d like to put on record our thanks to Andy for the extremely professional manner in which he has handled the second half of our season.

“He has done a diligent job in very challenging circumstances.

“We will continue to discuss Andy’s future over the coming days and he should be commended for the work he has done this season.”