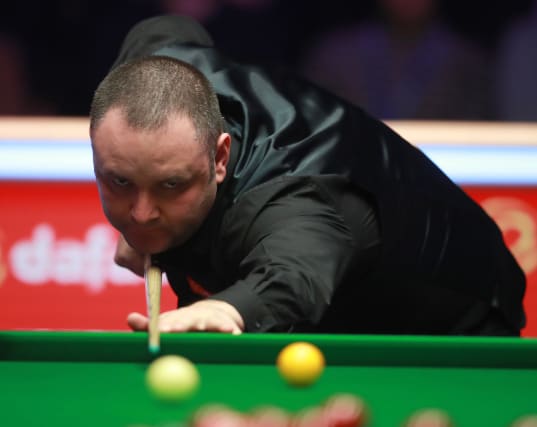 Stephen Maguire coasted into the second round of the UK Championship with a 6-1 win over Ukrainian teenager Iulian Boiko in Milton Keynes, where four matches were delayed following the late arrival of Covid-19 test results.

Maguire, the 2004 champion who reached the final of the ranking tournament in York last year, produced breaks of 133 and 128, as well as four more half-century clearances, to comfortably defeat 15-year-old Boiko.

Thailand’s Thepchaiya Un-Nooh beat Belgian Lukas Kleckers 6-2, but there was a late start for the matches on tables three to six as tournament organisers waited for the arrival of Covid-19 test results, which were all confirmed as negative before play could start.

On Monday, Anthony Hamilton and Ryan Day both withdrew from the tournament after the pair tested positive for coronavirus.

Veteran Hamilton, who suffers from asthma, controversially withdrew from the World Championship at the Crucible during July citing fears over plans to admit a limited number of spectators.

The 49-year-old has, though, played in subsequent tournaments, including losing in the first round of last week’s Northern Ireland Open which was also held at Milton Keynes.