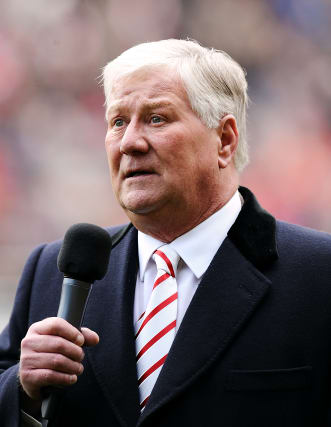 Rotherham chairman Tony Stewart has welcomed the decision to allow a limited number of fans back into stadiums in lower-risk areas.

But Stewart feels the Government’s plans for a return to a regionalised tier system from December 2 to combat the spread of coronavirus will be “good news for a few and not for a lot”.

“When Rotherham was in tier three we were hitting the 500 people infected in 100,000 and we’ve come down about 50 per cent,” Stewart told the PA news agency.

“It is good news, but it depends what tier we’re in. It might be good news for a few and not for a lot.”

Stewart said fans will be “doing backward somersaults” at the prospect of returning to watch matches and that the revenue for clubs could not come too soon.

“Some will be doing backwards somersaults and now there will be a nice fight to be one of the 2,000 or whatever it is we can get in there,” he said.

“We’ll have to create some form of lottery and prioritise our long-time season-ticket holders, that’s what we’re looking at now.

“We’ve been starved of funds. We’re putting a show on, unlike the theatres, who haven’t put a show on and have still been compensated.

“We’ve put a show on, no fans and not been compensated. Any club would welcome any revenue because it’s not just about bums on seats.

“There’s obviously programmes, hospitality and things like that and any revenue for any football club is a big deal.”

Stewart, whose club were promoted back to the Sky Bet Championship last season, said getting fans back into the stadium would provide the community with a major boost.

“Match day is an occasion,” he added. “It’s not just a game, it’s a gathering of people in the town. It lifts the town. You’ve got the restaurants, the cafes, the snack bars, etc.

“Match day gives everybody a lift. It’s great for the town and we’ve all missed the heckle of fans in the stadium.”

Harrogate, promoted to the English Football League for the first time in August, described Monday’s announcement as “a bright day for supporters”.

The club’s managing director Garry Plant said: “We have a home match against Forest Green on December 5 and so we are already reviewing the detail of the announcement and are in discussions with the Sports Ground Safety Authority, North Yorkshire Safety Advisory Group and Harrogate Borough Council on how we make this happen.

“We will advise the number of supporters that we will be able to welcome back, which will be subject to social distancing calculations and how we arrive at which supporters will be offered a place.”