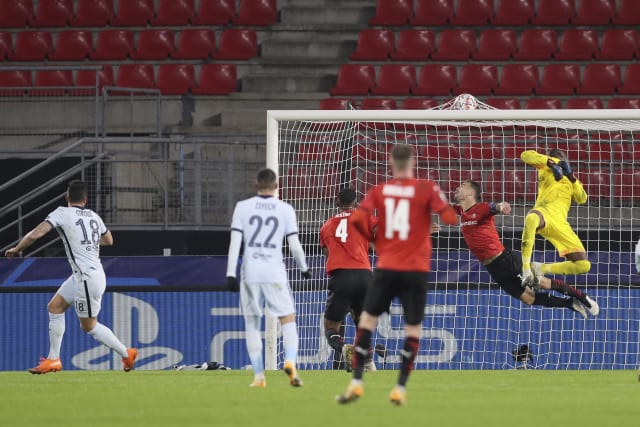 The 44-goal France hitman is determined to reach next summer’s European Championships as Les Bleus’ top striker and could seek a move away from Chelsea for more regular game time.

Lampard believes Giroud is managing to improve with age, and maintained the ex-Arsenal man is still highly valued at the Blues.

Asked if Giroud’s goal underlines just why Chelsea want him to stay at Stamford Bridge, Lampard said: “Yes, it does, and I’ve felt it first-hand, last year it was him or Tammy (Abraham) fighting for the number nine spot.

“Tammy had a great first half of the season, and then Oli in restart was fantastic.

“And the things behind the scenes, everybody kind of feels from the outside to be fair what a great professional he is and how highly regarded he is by his team-mates and myself.

“So for him to get a goal, you saw the reaction of his team-mates, he’s so professional in how he trains and looks after himself that age isn’t even a factor for him.

“He’s getting better with age if anything in terms of how he looks after himself.

“So he offers a lot for us and I keep saying it but the big schedule coming up and the way we play means I will rely on players.

“So thankfully for me he’s a player that always keeps the right attitude if he’s not playing regularly, and I know when I call upon him that he comes in as he did.”

World Cup-winner Giroud climbed off the bench to complete a dramatic rescue act though, leaving Lampard once again praising the France star’s patience and professionalism.

“At the moment Tammy is in great form as well, so I have to pick on face value to get the best for us,” said Lampard.

“I hope and I think Oli knows how much I’m happy with him and how much I rely on him in moments.

“Every player wants to play every game, it’s an impossible part of my job to keep them all happy, but hopefully he knows and he feels content.

“He got minutes coming on today, and there will be games when he starts for us as well. Hopefully we keep moving forward that way.”