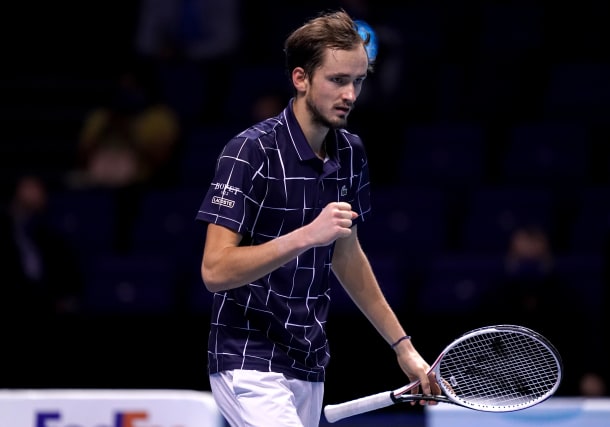 Daniil Medvedev claimed the biggest title of his career as he became the final winner of the Nitto ATP Finals at London’s O2 Arena.

The Russian extended his perfect record of not having lost a match all week as he rallied from a set down to beat Dominic Thiem 4-6 7-6 (2) 6-4.

Meanwhile, Liverpool defied their growing injury list to extend their unbeaten home run to a record 64 games with an impressive 3-0 win over Leicester, moving them level with leaders Tottenham.

Jose Mourinho’s side took top spot with a 2-0 win over Manchester City, dampening the mood for Pep Guardiola after he signed a new contract with the club on Thursday.

Here, the PA news agency takes a look at some of this weekend’s sporting highlights in pictures.