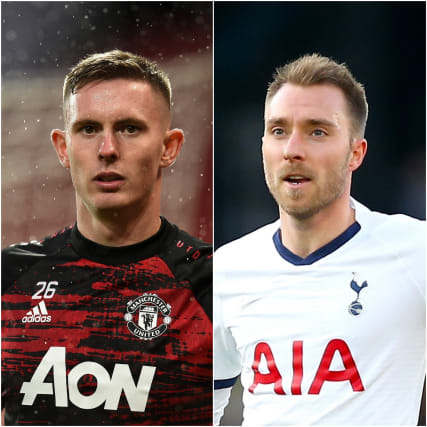 DeanHenderson is looking to leave Manchester United on loan as he seeks first-team football to be in with a shout of a spot at the delayed Euro 2020, with the Sun reporting Leeds and Brighton could look to make a move in January.

Meanwhile, Ole Gunnar Solskjaer’s side could look to make a move for ChristianEriksen who left Tottenham for Inter Milan last January but has failed to settle in, says the Daily Star.

Chelsea may lose OlivierGiroud when the transfer window opens, with the 34-year-old said to be concerned about a lack of playing time at Stamford Bridge, according to the Daily Mirror.

Sticking with Chelsea, and Frank Lampard will not let RossBarkley sign for Aston Villa according to the Sun. Barkley has starred for the West Midlands outfit this term following a loan move.

Yusuf Yazici is wanted by Arsenal who see the 23-year-old as a similar player to Mesut Ozil, writes the Daily Mirror. Yazici is currently on the books of Lille and has 24 caps for Turkey.

Eric Garcia: Barcelona may be looking to sign the Manchester City midfielder sooner than anticipated owing to an injury to Gerard Pique, reports the Manchester Evening News.

Eduardo Camavinga: Tottenham are said to be interested in a move for the Rennes and France midfielder, says Football London.