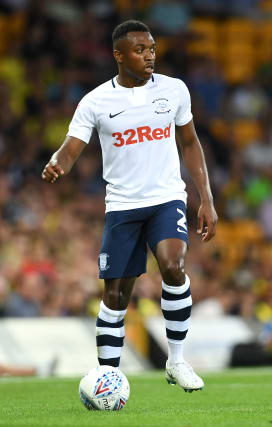 Preston defender Darnell Fisher has been charged with misconduct by the Football Association for allegedly grabbing an opponent by the genitals.

Both incidents were missed at the time by referee David Webb and his assistants, but were caught on camera during Preston’s 1-0 win.

Preston said on their official website: “Preston North End have been contacted by the FA regarding a charge against Darnell Fisher following Saturday’s Championship fixture against Sheffield Wednesday.

“The club acknowledges the charge and will respond before 6pm on Tuesday November 24 as requested by the FA.”

“It is alleged that an incident during the 62nd minute of the fixture, which was not seen by the match officials at the time but caught on camera, constitutes a breach of FA Rule E3. The defender has until (24/11/20) to provide a response to the charge.”

Tom Barkhuizen scored Preston’s winning goal early in the second half, while manager Tony Pulis was taking charge of his first game for Wednesday.

Pulis’ side were reduced to 10 men in the first half when striker Josh Windass was shown a straight red card for his high tackle on Joe Rafferty.