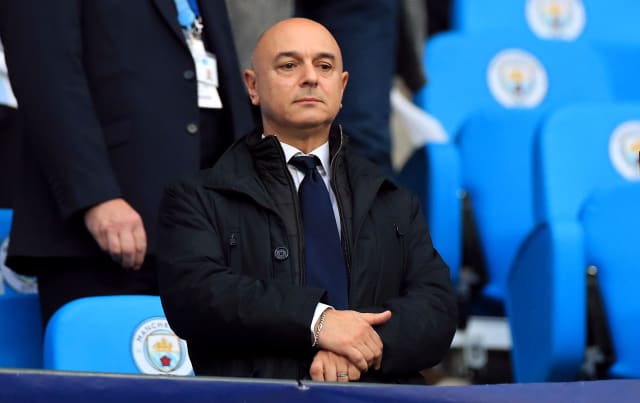 Tottenham chairman Daniel Levy has warned of an “irrecoverable loss of income” if grounds remain closed to fans after the club posted a £63.9million loss for the year ending June 30.

The figures stand in stark contrast to the £68.6m profit for the preceding 12 months, and come amid a coronavirus pandemic which Levy conceded “could not have come at a worse time” for the clubs.

Reduced Champions League receipts, shortfalls in matchday and media revenues related to the pandemic, and an increase in operational costs by more than £40m all contributed to the deficit.

Levy said: “We are currently in the midst of one of the most challenging times ever experienced.

“The impact of the pandemic on our revenue is material and could not have come at a worse time, having just completed a £1.2bn stadium build which is financed by Club resources and long-term debt.

“The 2020/21 season has so far seen no fans at games and this is compounded by a loss of third party events such as NFL, concerts, the closure of stores and visitor attractions.

“Our estimate for the current financial year of the potential loss of revenue, should the stadium remain closed to fans, is in excess of £150m. Clearly this would be an irrecoverable loss of income.”

Despite the move behind closed doors, Spurs reported an increase in matchday and catering receipts to £81.9m, compared to £64.2m in the previous year, when the majority of the club’s matches were staged at Wembley.

Levy reiterated his belief that Tottenham, in common with their Premier League rivals, are equipped to enable the safe return of spectators as soon as government rules allow.

“We have spent the past months preparing our stadium, testing our digital ticketing process and registering ID validation for fans,” added Levy.

“Premier League clubs are entirely capable, similar to the experience in several other countries, of responsibly delivering outdoor events with social distancing, exemplary hygiene standards, qualified stewards, testing capabilities and diverse travel plans, operating in some of the most technologically advanced venues in the world.

“We recognise that health and safety are paramount and we have been encouraged by the latest news on vaccine developments and potential Clinical Passports.”