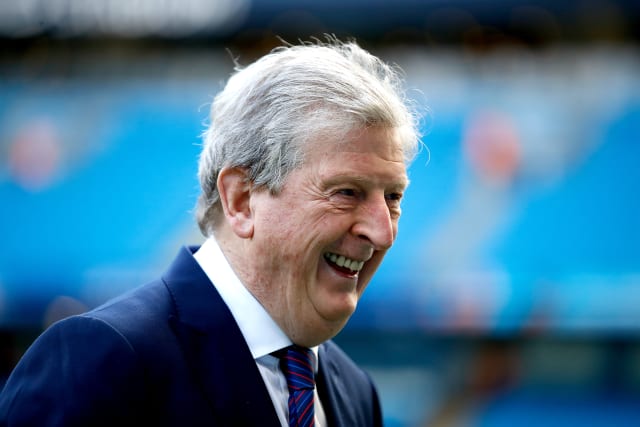 Crystal Palace manager Roy Hodgson believes the strength of his squad is the best it has been since he arrived at the club and that competition for places has had a significant effect on their Premier League season.

Four wins in their opening eight matches, including victories at Manchester United and at home to Leeds, have put the Eagles in eighth place – five points behind early leaders Leicester.

Hodgson believes part of the reason for their improvement – they took one point from their final eight matches of last season – is an increased squad depth and improved fitness.

“The competitive nature and competition for places is the best since I’ve been here,” said the former England boss, who arrived at Selhurst Park in September 2017.

“It’s strange in that post-lockdown period, when we had to play three games a week in a compromised period of time, we were desperately short of defenders.

“That is an enormous changearound. Slightly less so in midfield and up front, although the competition has increased there too, but where it has increased is in the back four.”

Such has been the improvement that Hodgson now has a difficult decision to make over who is his first-choice left-back.

The role has been Patrick Van Aanholt’s for a long time but the emergence of 21-year-old Tyrick Mitchell has given Hodgson another option.

“They are not dilemmas when you have a good choice of players to choose from. It is a dilemma when you don’t have one,” he added.

“We had our spell of having very few defenders to choose from and that is what gave Tyrick Mitchell his chance and Cheik Kouyate the chance to play at centre-back.

“Sometimes you learn things from those periods when you don’t have a choice and you are missing players.

“Now it is the opposite, I now have an abundance of riches with defenders and that means I have choices to make and players to disappoint because they can’t all play.

“Tyrick was doing extremely well and the only reason he came out the team was because he got injured.

“It is a very nice position to be in, I know whichever player I choose I have a good left-back. There is no need for me to start labelling them one and two.”