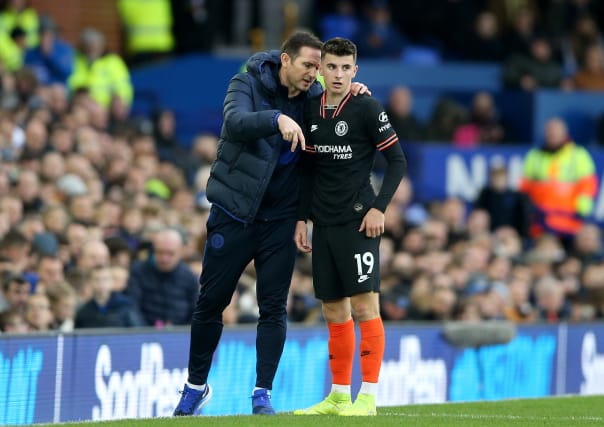 Midfielder Mount started all three of England’s matches during the two-week break and scored his third Three Lions goal against Iceland.

Like all Chelsea’s internationals, Mount faces a quick turnaround with a trip to Newcastle for Saturday’s lunchtime kick-off.

But, despite the extra workload placed on the 21-year-old, Blues boss Lampard said: “I think it shows how much Gareth Southgate sees in him and relies on him and trusts in him. It’s nice to see a lot of positivity around Mason. It is well deserved.

“Maybe he’s a player who has more quality passes in pressing moments in a game than a show-reel of stepovers and flicks. Maybe that’s not as exciting to the modern fan, but, for us managers, I think you can see how much we rely on him.

“I get Gareth’s position in playing him. He played three games. He was the only player in the England squad, of all the European-playing players at club level, to play all three games.

“I know it adds to his games, but I understand Gareth’s position and I understand where he will be with that.

“The thing about Mason is that he has a great attitude, he’s a fit young man and will have a lot of games coming up that I will need him to be fit for.

“I have to look at each player in their own respect in terms of rotation, minutes in-game, substitutions, when they can come on, because the schedule has never been busier, there’s never been more of a pressure on players.

“But I can’t sit here and say Gareth Southgate shouldn’t make the decisions he makes when he’s England manager and in the position he’s in. That’s just a part of the story.

“With Mason I hope that he comes through fresh because at the minute he’s in great form.”

Christian Pulisic will miss out at St James’ Park with a hamstring injury, while Thiago Silva will be rested.