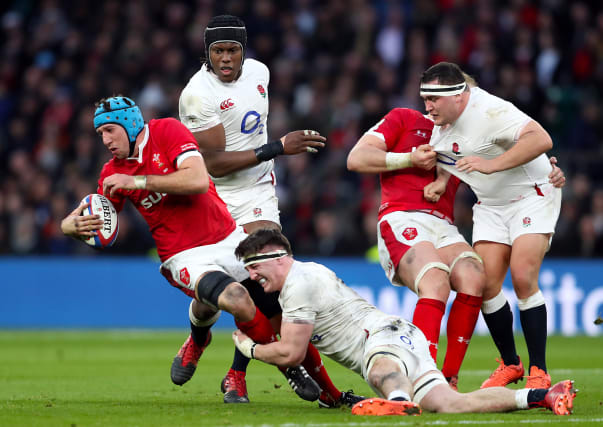 Justin Tipuric has challenged his inexperienced Wales team-mates to earn a shot against England with a strong showing at home to Georgia on Saturday.

The Ospreys captain will lead out his country at Parc y Scarlets in their second Autumn Nations Cup fixture looking to end a sequence of six straight Test defeats.

Head coach Wayne Pivac, despite that torrid run, has stuck to his original plan of selecting a much-changed XV to face Georgia with three uncapped players involved and only two men from the side which lost to Ireland retaining their place.

Wales are overwhelming favourites to win and yet any particularly encouraging displays may provide a welcome dilemma to the management team ahead of the visit of Eddie Jones’ men on November 28.

“It is an opportunity and boys know if they put their hands up – individually or as a team – it puts questions in the coach’s head,” Tipuric said.

“No one likes losing and it’s tough when you do.

“We have an opportunity on the weekend, where there are some fresh new faces who can put their hands up for that England game but the main thing is to get that win.”

Even though the Wales back row admitted everyone was “frustrated” with the winless run dating back to February 1, the 31-year-old conceded the youngsters involved in the squad had made a positive impact on the group.

Scarlets backs Johnny Williams and Kieran Hardy, along with James Botham – grandson of England cricketing great Sir Ian Botham – are three debutants to start in Llanelli while several players with a limited number of caps will also feature against Georgia.

Tipuric added: “In training you see boys get excited and there is a lot of energy. They are running around a lot but the more they learn and the more experienced they are it is putting that together and becoming as a team.

“Some of the training this week has been excellent and there has been a buzz and it is probably about keeping them calm and doing it in the right situations.”

Given his family’s history, the inclusion of Cardiff Blues flanker Botham has made the headlines and his partnership alongside the captain on Saturday will be key against the notoriously strong Georgia pack.

“He is an athlete,” Tipuric said of 22-year-old Botham. “When he gets a bit of space, it can open up. He is a very skilful.

“I played him at the end of last season for Ospreys against Blues, he is a top player and will be a class player when he is older that’s for sure.”

Defeat at the Aviva Stadium in February started Wales’ poor form and last Saturday they were back there with Ireland again too strong.

Head coach Pivac will expect a different result this weekend and is also confident the picture will look different in two-and-a-half months time.

“There is pressure to get results now, but that will be ratcheted up in the Six Nations and we’re aware of that,” he said.

“We’ll learn a lot not only about the young players and how they fit into the group and planning through to the World Cup, but also about the elder statesman too and where they’re at with their games and the work which needs to be done.

“In some cases post-lockdown, it’s about getting them back to where they were pre-lockdown.

“Some of our world-class players are probably by their own admission not hit their straps yet. It’s a case of learning for everybody and understanding that when it comes to the Six Nations, everyone will have to be playing at a high level for their clubs.”