A closer look at football’s link with dementia 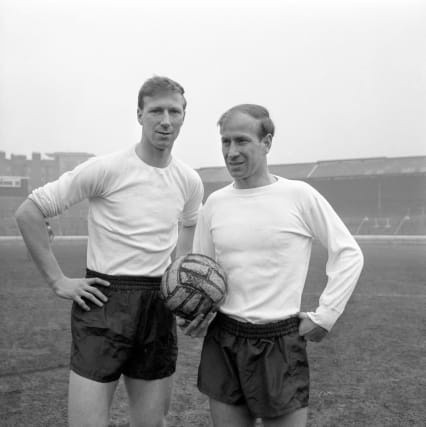 The risk of footballers developing dementia is back in the spotlight.

Here, the PA news agency looks at the issue in greater detail.

– Why is this being debated again now?

News of Sir Bobby Charlton’s dementia diagnosis at the start of the month came two days after his Manchester United and England team-mate Nobby Stiles died, having lived with dementia himself for a number of years. Charlton’s older brother Jack, another member of the heroic 1966 team, died with dementia earlier this year. In total, five of the team died with, or are living with, the disease.

– What do we know about the link between dementia and football?

The FIELD study published last year found footballers were three and a half times more likely to die of neurodegenerative disease than age-matched members of the population.

Another study, conducted at Loughborough University, studied the impact of current and historic footballs on players’ heads. It found that when a leather ball is wet, it can weigh up to 40 per cent more than a dry ball, and the resultant impact force is significantly higher than a dry leather or modern ball.

The Football Association and the Professional Footballers’ Association, who co-funded the FIELD study, say the next job for its research task force is to establish why there is an increased risk to footballers of developing dementia.

– Isn’t it to do with the impact of repeated heading and concussion?

That is what people believe, but the FA and world players’ union FIFPRO have both said in recent days that the evidence of a link is not robust enough at this stage. Professor Willie Stewart, who led the FIELD study, is in little doubt though.

He told PA earlier this year: “Exposure to head injury and head impact is the one thing that stands through.

– What is he and others calling for?

Prof Stewart believes guidelines for coaches to limit heading in training, which were brought in for primary school children in England, Northern Ireland and Scotland in February of this year, should be extended to the adult and professional level. Former players Gary Lineker and Chris Sutton are also in favour of doing this.

The football and technical advisory panels of the game’s lawmakers, the International Football Association Board, is set to discuss concussion substitutes on Monday, with a view to trials taking place next year.

– What further research is going on?

The FA is also funding separate studies being conducted by Nottingham University and the London School of Hygiene and Tropical Medicine which are examining former players for early signs of neurocognitive deterioration. The SCORES Project, led by Dr Michael Grey at the University of East Anglia will investigate the rate of cognitive decline in former professional footballers compared with the average healthy person. Former players Iwan Roberts and Mark Bright are among the study group.

Lawyers, including top sports advocate Nick De Marco QC, confirmed this week they are working with a group of ex-pros on an action seeking compensation from footballing authorities, understood to include the FA, and to seek reform to better protect and support current and future players.