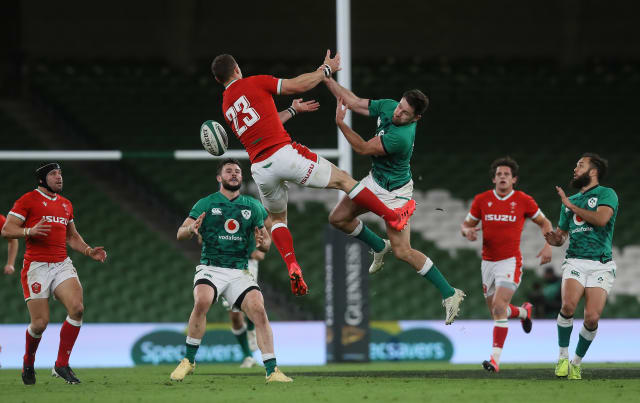 Wales tackle Georgia on Saturday in the second game of their Autumn Nations Cup campaign.

Here, the PA news agency looks at some key talking points heading into the game.

Another Wales defeat is unthinkable

Wales have gone 293 days since winning a Test match, losing six successive games and equalling their worst results sequence since 2012. Head coach Wayne Pivac has so far only presided over victories against Italy and the Barbarians, and win number three simply has to be achieved against opponents that Wales beat 43-14 in their last meeting at the 2019 World Cup in Japan. Even with a much-changed team, Wales should be too strong, and they need to get the job done ahead of their next fixture, which is an appointment with Six Nations champions England.

Callum Sheedy can put down a World Cup marker

The next World Cup in France might be the best part of three years away, but Pivac and his coaching staff have made no secret of the fact all roads lead to that tournament. Dan Biggar rightly remains Wales’ first-choice fly-half, but with Gareth Anscombe injured and Rhys Patchell struggling, Saturday’s game affords Callum Sheedy a golden opportunity. He was brilliant for Bristol last season, helping guide them to the Gallagher Premiership play-offs and then kicking 22 points when they defeated European Challenge Cup final opponents Toulon. Sheedy has looked the part, and do not be surprised if he runs the show on his first Wales start.

It is stating the obvious, in many ways, when Georgia arrive in town that their opponents must expect a ferocious challenge up-front. Georgia pride themselves on their set-piece work, particularly the scrums, with physically-imposing players relishing an opportunity to try and dominate. Scotland and England managed to negate that threat in recent weeks, and Wales must now follow suit. It is unlikely to be straightforward, though, especially as their scrum and lineout malfunctioned in the last two games against Scotland and Ireland, while they conceded a total of 34 penalties across both games. Wales’ set-piece issues will not have gone unnoticed in Georgia’s camp.

Sir Ian Botham last graced the international scene 28 years ago and on Saturday the family name will be back in the headlines. Cardiff Blues’ James Botham, the grandson of England cricket great Beefy, will make his debut for Wales in only his 14th professional game. It has been a remarkable rise and this weekend is the latest chapter of the journey for the 22-year-old flanker. After being born in Cardiff, before the family relocated to Cumbia, he returned to the region to sign for the club’s academy in 2016 and has been selected by Pivac with the 2023 World Cup in mind. Given the media frenzy over his inclusion this week, the latest Botham on the block will be eager to back up the level of interest with a strong showing.

Levan Maisashvili would have been left with mixed emotions over the last month with his national team losing comprehensively to Scotland in a warm-up fixture before England, as predicted, proved too strong at Twickenham at the weekend. In both games Georgia’s pack failed to dominate as expected with the Scots enjoying success from driving mauls and England hooker Jamie George able to grab a hat-trick after smart set-piece work. Before the Autumn Nations Cup started, Georgia captain Merab Sharikadze insisted the tournament would be a success if they were a better team at the conclusion of the competition and they will hope to push a much-changed Wales XV in an effort to show their improvement.