Who will benefit from the Government’s £300million ‘Winter Survival Package’? 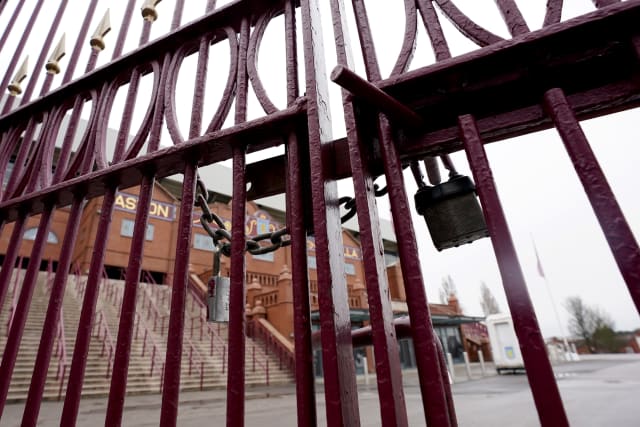 Sports suffering from the absence of spectators due to the coronavirus pandemic are set to receive a combined £300million as part of the Government’s ‘Winter Survival Package’.

Here, the PA news agency looks at the state support for the sector in greater detail.

Which sports have been included?

The Department for Digital, Culture, Media and Sport (DCMS) said the funding would “largely be composed of loans”.

Who will get what?

Rugby union stands to receive the largest amount of any sport – £135m to be split between the governing body the Rugby Football Union and then clubs at Premiership level, Championship level and below.

Football clubs from the National League down to step six of the men’s pyramid will receive emergency support, as will the Women’s Super League and Championship. Racecourses are due to receive £40m.

Why has the Government offered this emergency support?

Because it was forced to pull the plug on the socially-distanced return of spectators to venues, which was due to happen on October 1. The Government changed course because of a rise in coronavirus cases nationwide.

Why has cricket not received anything?

As this package is designed to help sports governing bodies and teams survive winter, it is aimed at those suffering financial losses right now. County cricket, where the loss of matchday revenue will be keenly felt if spectators can still not attend matches, does not resume until April. Funding for cricket at a later stage will be kept under review.

Some EFL clubs are facing financial ruin because of coronavirus. Why is there no support for them?

Because the Government expects the men’s professional game to look after itself, citing the wealth of the Premier League and its clubs generated from huge television deals.

A pledge to support the EFL was a key condition of the Government giving the Premier League the green light for its Project Restart plan to complete the 2019-20 season over the summer, and therefore avoid being forced to pay further rebates to broadcasters.

What’s the latest on that?

Negotiations over a £50million rescue offer for clubs in League One and Two have stepped up after the EFL was satisfied that the Premier League was prepared to also help Championship clubs suffering genuine hardship. But they are still not over the line.

Who has the final say on the allocation of this funding?

An independent decision-making board, supported by Sport England, will make the final awards.

What about the rest of the UK?