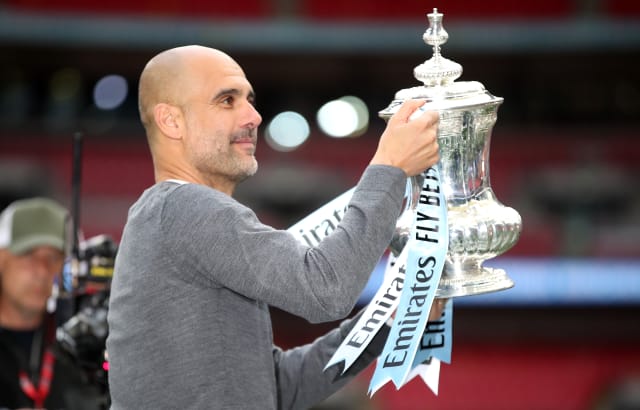 Pep Guardiola has signed a new two-year deal with Manchester City to extend his stay at the Etihad Stadium to seven years.

During his time in Manchester, City have won two Premier League titles, one FA Cup and three League Cups while setting several records along the way, but their biggest target of the Champions League has proved beyond them so far.

Here the PA news agency looks at the good and the bad of Guardiola’s reign to date and considers what might be next.

What has Pep done well?

Guardiola turned City into a winning machine as they swept all before them domestically speaking for two years. They set Premier League records aplenty in winning the 2017-18 title with 100 points, and followed it up with 98 points and a domestic treble the following season. Guardiola and the club, always keen to include the Community Shield in any such tally, can point to eight trophies won during his spell in charge, with the club unbeaten in the League Cup since October 2016.

Under his coaching several players, most notably Raheem Sterling, have developed considerably, and his tactical innovations have been credited with raising the bar in the Premier League as a rivalry with Jurgen Klopp’s Liverpool has come to dominate in the past couple of campaigns.

And what about what’s gone wrong?

Since Guardiola took charge in 2016, City have spent more than £400million on their defence, but not always to great effect. Aymeric Laporte and Kyle Walker have been hits, but Benjamin Mendy has proven an injury liability, Danilo was moved on after playing a bit-part role for two seasons, and John Stones’ struggles have been ongoing for some time.

The failure to replace Vincent Kompany, coupled with an injury to Laporte, proved key in the disappointment of last season, but the early signs from summer arrivals Ruben Dias and Nathan Ake have been encouraging. That defence needs to perform not only domestically but in Europe. City hired Guardiola hoping the two-time Champions League winner could crack the code for them in the competition but they are yet to get beyond the quarter-finals under the Catalan, with August’s defeat to Lyon in the last eight a major missed opportunity.

So what’s to come now he’s signed a new deal?

City began this season with the dual targets of closing that yawning gap on Liverpool and pushing on further in Europe. It has been a slow start with 12 points from seven games and a stunning 5-2 home defeat to Leicester in September, though City began their campaign late after their Europe exertions and are still playing catch up on the fixture list.

Guardiola’s future was also among the distractions, tying in to questions over the future of Sergio Aguero and others. With that settled, and talk ramping up of a reunion with Lionel Messi after City tried to sign him in the summer, City will hope Guardiola’s new deal has them heading back to the top. The youth of Phil Foden, Ferran Torres, Dias and Gabriel Jesus may offer Guardiola a foundation to build another great City side for the future.