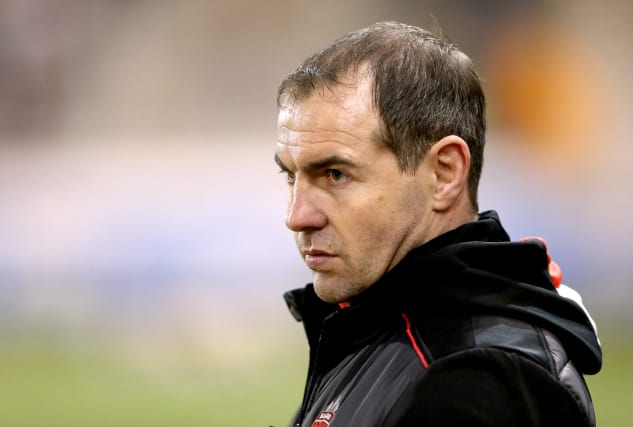 Huddersfield have confirmed the appointment of former Salford boss Ian Watson as their new head coach on a three-year deal.

The former Wales international, who found himself in demand after guiding the Red Devils to a maiden Grand Final in 2019 and this year taking them to their first Challenge Cup final for 51 years, succeeds Australian Simon Woolford.

Watson said: “I was attracted to the potential of the club. Everything about it screams top four – the stadium, the youth academy and the owner who has proven over time that he wants to win and has backed the club in his pursuit of success.

“My short-term aims are to ensure the club moves to the right side of the table and the longer-term aims for the club have to be challenging the top teams in Super League.

Luke Robinson, who was caretaker coach for the last two months of the 2020 season, will stay on as assistant but Watson will bring in two members of his Salford backroom team, conditioner Greg Brown and rehabilitation conditioner Carl Foulstone.

“They’re essential to everything we’re doing,” Watson said. “I believe in being fit and being able to be fit enough to defend and do the tough stuff. That’s what we build the team around.

“I’ve had a good chat with Luke Robinson and heard his thoughts as to what could improve the squad from the back end of last year.”

Huddersfield chairman Ken Davy said: “It is a long time since I have felt so excited about a Huddersfield Giants announcement and I am absolutely delighted that Ian Watson has chosen the Giants to be his club for the foreseeable future.

“We have all seen the way that he has built his previous team into genuine trophy contenders, with two major finals appearances in the last year.

“For Ian to choose the Giants to be his next club speaks volumes for where we are at the moment and his belief in what we can achieve together.

“I have been hugely impressed by his professionalism and integrity throughout our discussions and look forward to him bringing his ideas and work-ethic to our club for the betterment of all.

“This appointment is a real statement of intent from the Giants and demonstrates our determination to once again bring silverware to this great club and it is clear from my discussions with Ian that he shares our goals and beliefs.

“It feels a long time since we lifted the League Leaders’ Shield in 2013 and both Old Trafford and Wembley are venues where I believe our loyal claret-and-gold supporters need to see their team in action.”