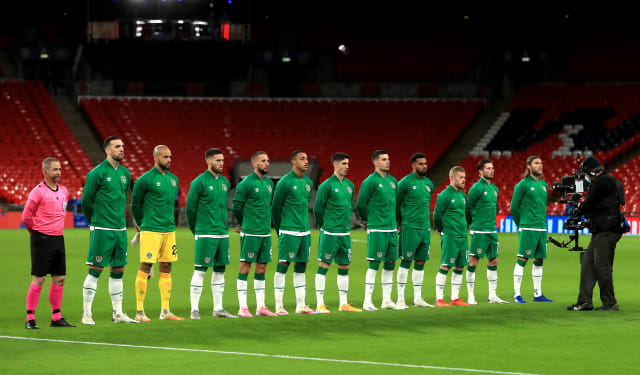 The Football Association of Ireland is investigating the contents of a video shown to Republic of Ireland players prior to last week’s friendly against England at Wembley.

According to the Daily Mail, Ireland boss Stephen Kenny shared what was described as an ‘anti-English’ video as a motivational tool prior to the match, which England won 3-0.

In a statement the FAI said: “The Football Association of Ireland is aware of issues surrounding content shared with our Republic of Ireland senior men’s team ahead of the recent international friendly against England at Wembley Stadium.

“The FAI is already looking into this internally as a matter of urgency, in order to establish the facts. The FAI has no further comment to make at this time.”

Kenny is still searching for his first win after eight games in charge as Ireland boss, including a penalty shoot-out defeat to Slovakia which ended hopes of qualifying for the Euro 2020 finals.