Robert Page: Wales to ‘carry on as normal’ ahead of World Cup qualifying draw 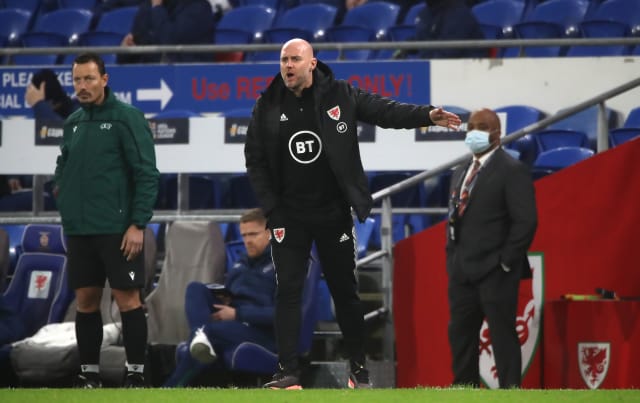 Caretaker Wales boss Robert Page insists work “carries on as normal” ahead of next month’s World Cup qualifying draw, despite uncertainty over the position of absent manager Ryan Giggs.

Wales head into that draw buoyed by Wednesday’s 3-1 win over Finland in Cardiff, which secured promotion to the top tier of the Nations League and virtually guaranteed a play-off spot for the 2022 World Cup in Qatar.

Page was in interim charge for the third time following Giggs’ arrest over an alleged row with girlfriend Kate Greville at his Manchester home on November 1.

The 46-year-old former Manchester United star, who has denied all allegations of assault made against him, has been bailed amid an ongoing Greater Manchester Police investigation.

The World Cup qualifying draw takes place in Switzerland on December 7 and Page said: “Work carries on as normal.

“We’ve got a bit of downtime now until we’re next together.

“But planning absolutely stays the same and we crack on as normal.”

Harry Wilson, Daniel James and Kieffer Moore were on target against 10-man Finland as Wales scored more than two for the first time since beating the Republic of Ireland 4-1 in September 2018.

Page paid tribute to the work done by Giggs after Wales had booked their place with Europe’s elite in League A for the 2022-23 edition of the Nations League.

“It’s a great achievement. We did not take this whole campaign light-heartedly,” Page said.

“We knew the rewards were there, potentially to get a World Cup place irrespective of where you finish in your group.

“What Ryan started in this campaign, to go unbeaten and to win the manner in the way we did, I was pleased.

“I am extremely proud of that group of players in there, as is Ryan. I spoke to Ryan straight away at the end of the game.

“He’s an extremely proud of the players, how they’ve gone about their business and how they’ve handled the camp, to show the resilience and win the group.”

Wales were handed a one-man advantage after just 12 minutes when Finland defender Jere Uronen dragged down Wilson with the forward through on goal.

Wilson opened the scoring after 29 minutes and James added a second moments after the restart before Norwich striker Teemu Pukki set up an anxious finale.

But Moore headed home six minutes from time to ensure that Wales, who have not lost a competitive fixture since June 2019 – a record-breaking of run of 11 games – would finish top of Group B4.

“If you could bottle that feeling and see what you’ve seen in the changing rooms you’d make millions,” Page said after Wales had scored twice in a match for the first time since qualifying for Euro 2020 last November.

“We showed our intent from the first minute on the pitch and rose to the occasion.”