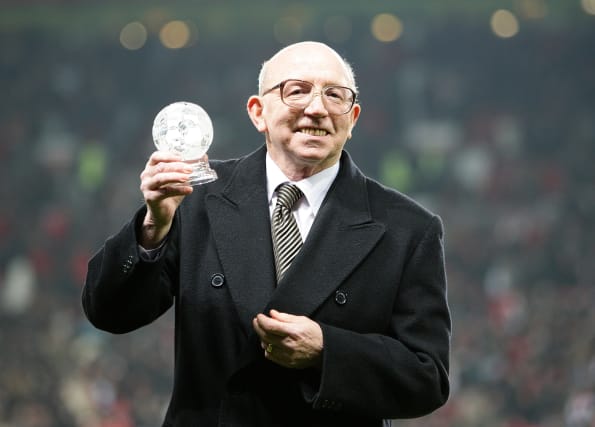 A legal action over brain injuries allegedly caused in football and other contact sports has begun.

The increased risk of neurodegenerative disease among former footballers, established in last year’s FIELD study, is back in the spotlight following confirmation of Sir Bobby Charlton’s dementia diagnosis and the death of his former Manchester United and England team-mate Nobby Stiles last month, who was also suffering with the disease.

Now, lawyers say they are working on behalf of a group of former players to establish in the courts whether sports governing bodies have done enough to protect them, and seek compensation if this is proven not to be the case.

De Marco said: “The litigation is still in its early stages and we still want to hear from professional sports players. Nonetheless, the stories emerging tell us of a pattern of silent suffering caused by life-changing and sadly often fatal brain injury conditions, that underlies that this is a serious endemic issue.”

De Marco added: “The science proving the link between repeated blows to the head and brain injury has been around for many years. A key question the courts will be interested in is whether football, and other contact sport regulators, have taken timely and proper steps to prevent the injuries we are seeing.

“By bringing this case we hope not only to provide our clients with adequate compensation to pay for the future medical treatment and care they will inevitably need, but also to bring about much-needed reform to protect all players in sport, whether amateur or professional, adult or child.”

The Football Association said in a statement on Tuesday: “Dementia is a debilitating disease across wider society, which places extraordinary emotional and physical burdens on people living with dementia, their families and those close to them.

“The FA has helped to lead the way in ground-breaking research into the links between football and we have a clear and unwavering commitment, both financially and with resource, to support objective, robust and thorough research going forward. This area of work will be a key part of the FA’s 2020-24 Strategy as we recognise the importance of this issue.”

In February, the football associations of England, Northern Ireland and Scotland issued new guidance to coaches advising against heading in training for children of primary school age.

Sir Geoff Hurst, a World Cup-winning team-mate of Charlton and Stiles in 1966, has pledged to donate his brain to scientific research after his death and believes a total ban on heading in children’s football would be “a sensible suggestion”.

He told the Daily Mirror that he believes regular heading in matches and training contributed to a large number of players from his era ultimately developing neurodegenerative conditions.

“There seems to be a particular group of people who were suffering. I go back to my practice days at West Ham, we had a ball hanging from the ceiling, we would head it for 20 minutes,” he said.

“Then we’d play head tennis in the gym and, in the practice on the field, we’d be practising near post, far post headers, and you could head 20 or 30 balls in the space of half an hour.”