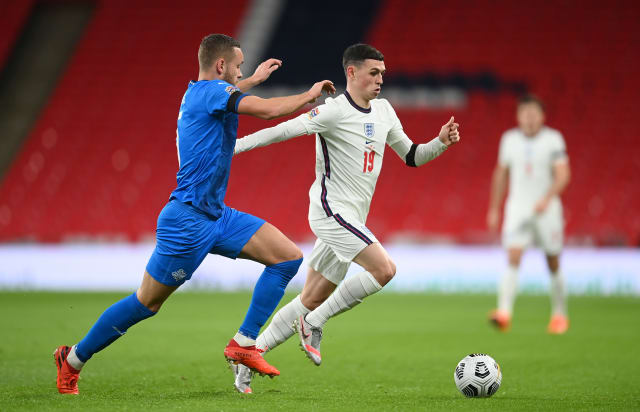 Phil Foden shone on his second England start, pressing home his case for a place at next summer’s European Championship with two goals.

The 20-year-old certainly proved his worth in Wednesday’s 4-0 Nations League win against Iceland having had to rebuild trust with Gareth Southgate following the Reykjavik escapade with Mason Greenwood.

Here the PA news agency takes a look at how Foden fared.

Foden’s second competitive start – and first since his debut in September away to Iceland – saw him deployed on the right of England’s attacking trio. The 20-year-old and his team-mates struggled to get a foothold on proceedings early on but kicked on after sending over the free-kick glanced home by Declan Rice. Showing wonderful skill and purpose, he drifted between the lines and showed plenty of energy to go with nimble footwork.

Foden saw a near-post shot denied in the first half, then saw a low left-footed strike was tipped wide. The Manchester City playmaker kept plugging away and opened his international account with 10 minutes of the match remaining, coolly sweeping home a pass from former Manchester City team-mate Jadon Sancho. But he did not stop there and in the 84th minute unleashed a superb left-footed laser that nestled home.

Foden played well alongside the likes of Mason Mount and Jack Grealish on Wednesday, and he certainly enhanced his chances of making the rearranged Euros. Southgate cleared the air with the Reykjavik renegade on the first day of a camp that ended in dream fashion for both player and manager.

Pep Guardiola hits back at criticism of behaviour from Sergio Conceicao