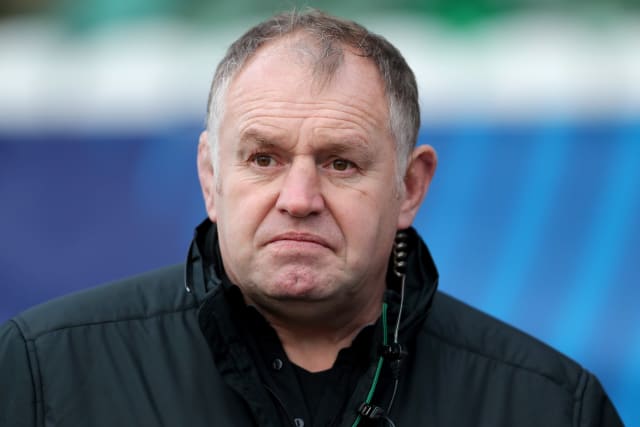 Newcastle director of rugby Dean Richards says the Championship is vital for English rugby and is confident the competition will eventually resume.

The Falcons secured promotion from the second tier in April when the season was cut short by the coronavirus pandemic.

While the north-east side are preparing for their long-awaited Gallagher Premiership return at Bath on Saturday, clubs in the league they left behind remain in limbo awaiting a return date.

Richards is unsure whether the Championship will return before the end of 2020 but does not fear for the future of the division.

“It will work in one format or another. I think it’s very important to the Premiership that it does as well, and to English rugby,” said the 57-year-old.

“It’s amazing how many players have come through and played in the Championship who have gone on to play international rugby at some stage and you can’t forget that at all.

“Whether it will be this year or not is another thing.

“I know there are a number of Championship clubs that have started back training and have adopted the testing policies that have been put in place for the Premiership, but I don’t think all of them have at this moment in time.

“Whether it will come back in January in its full form, or in an abbreviated form, I don’t know. But I think we need it.”

Newcastle, relegated from the Premiership in 2019, bounced back at the first time of asking courtesy of a ‘best playing record formula’, having won all of their 15 league games in 2019-20.

The Falcons have not played competitively since a 41-0 success over Bedford on March 13 and will be up against teams who returned to complete the protracted top-tier season between August and October.

Their preparation has also been disrupted by a handful of positive coronavirus tests, which caused around 30 staff to self-isolate.

Richards accepts it may take time for his squad time to get up to speed but dismissed the tag of relegation favourites.

“Looking at the previous batch of (Premiership) games, it took those boys about three or four games to get into the swing of things,” he said.

“Hopefully, having had two warm-up games, it won’t take us three or four games and just one or two games, if not even just this weekend. The proof will be in the pudding and we’ll wait and see what happens on Saturday.

“I think you (the media) probably will have made us relegation favourites, but we don’t think we are. On paper, we’ve got a good squad but we just need to get them on the field.

“The build-up hasn’t been great in terms of the the lengthy layoff to begin with and then a slightly fragmented pre-season because we had a few (Covid-19) cases, which took 30-odd people out of training for two weeks.

“(But) there’s no way we feel we deserved the label that you (the media) are giving us.”