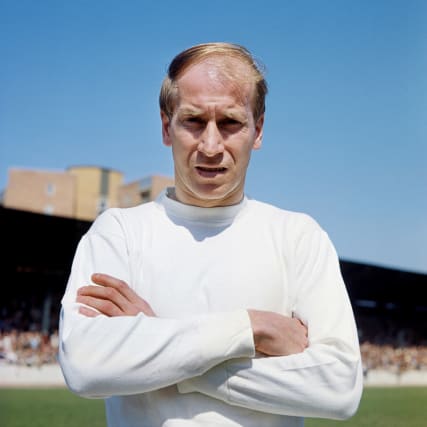 More “robust” evidence of a link between heading and dementia is required before football can introduce training restrictions at professional level, according to the medical chief of the world players’ union.

Confirmation of Sir Bobby Charlton’s dementia diagnosis and the death of his former Manchester United and England team-mate Nobby Stiles last month after his own battle with the disease has brought the issue back into the spotlight in recent weeks.

Professor Willie Stewart and campaigner Dawn Astle have previously called for guidelines advising against heading in children’s football training to be extended into the adult and professional game.

Professor Stewart led the FIELD study research, which discovered last year that footballers were three and a half times more likely to die of neurodegenerative disease than age-matched members of the general population.

Dr Vincent Gouttebarge, the chief medical officer at FIFPRO, said the FIELD study’s findings were important but that there was still not enough evidence of a direct link between repeated heading and dementia to impose restrictions at the top level.

He told the PA news agency: “As long as we do not have the scientific evidence to change things in a legitimate way then there is no reason to change.

“We need to have more robust evidence in order to make a decision.

“I know in the UK you have referred to the very good study from Professor Willie Stewart, but I looked at the study again this morning and I didn’t see the words ‘heading’ or ‘concussion’ mentioned one time in this study.

“Based on that study a lot of media in the UK made the conclusion that heading the ball or concussion lead to dementia, and I don’t think this is a very thorough conclusion.

“I don’t think we have the scientific evidence with this study that there is a causal relationship between heading the ball, concussion and dementia.”

FIFPRO is involved in a 10-year study which will track players from the latter part of their playing careers and on into the first years of retirement and look for neurocognitive, cardiovascular and musculoskeletal changes. The union has also been very vocal in advocating a 10-minute assessment period for suspected concussions, arguing that the current three-minute period is insufficient.

Professor Stewart spoke to PA in January about whether he felt there was a link between football activity such as heading and concussion, and the increased risk of developing dementia.

“We haven’t got the cast-iron evidence of direct causality but what we have is more than enough evidence, adding up over the decades and right up to the FIELD study, which says there’s a strong association between contact sports and the development of dementia,” he said.

Astle, whose father Jeff’s death was ruled by a coroner in 2002 to be as a result of a brain injury sustained through repeated heading of a ball, has been asked to join a task force set up by the Professional Footballers’ Association to look at the issue.

Meanwhile, a legal action over brain injuries allegedly caused in football and other contact sports has begun, the lawyers involved have confirmed.

It is aiming to secure compensation for former athletes and to bring about reform of current practices to better protect current and future professionals.

The action, which it is understood is likely to be against the Football Association and potentially other bodies, is being led by Nick De Marco QC of Blackstone Chambers and personal injury specialists John Foy and James Byrne of 9 Gough Chambers.

De Marco said: “The litigation is still in its early stages and we still want to hear from professional sports players. Nonetheless, the stories emerging tell us of a pattern of silent suffering caused by life-changing and sadly often fatal brain injury conditions, that underlies that this is a serious endemic issue.

“The science proving the link between repeated blows to the head and brain injury has been around for many years. A key question the courts will be interested in is whether football, and other contact sport regulators, have taken timely and proper steps to prevent the injuries we are seeing.”