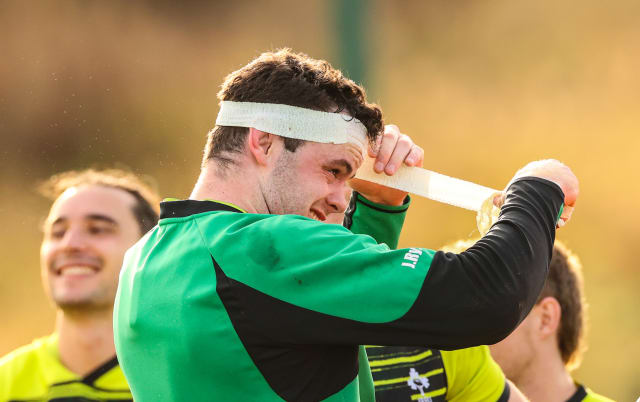 Lock Ryan, aged 24, is poised to lead out his country for the first time after being selected as skipper for Saturday’s Autumn Nations Cup clash with England in the absence of the injured Johnny Sexton.

O’Connell, who also played in the second row, captained Ireland 28 times in 108 Tests during a distinguished 13-year international career which ended in 2015.

Experienced wing Earls has played alongside both men and feels they have comparable levels of influence.

Recalling Ryan bursting on to the national team scene during the 2017 tour of Japan, the 33-year-old said: “He was fairly quiet, but you could already see the leadership qualities he had.

“The way he prepared himself, the way he went through his detail and prepared off the field – when he took to the field he was a different animal.

“He’s been incredible, he’s come on leaps and bounds. Lots of similarities to Paulie.”

Munster man Earls could win his 86th cap in London after returning from a back injury as a replacement in Friday’s 32-9 win over Wales.

Asked to elaborate on the comparison, he said: “(It is) just his mannerisms. The way he comes across and speaks, everyone just listens straight away. He’s got that presence.

“Even off the field, he’s constantly working, looking at line-outs. He trains hard in the gym and, for a young lad, his body has been through a lot already and he turns up every week.

“It’s quite similar to what Paulie would have done, he’d do whatever it takes to get the win at the weekend.”