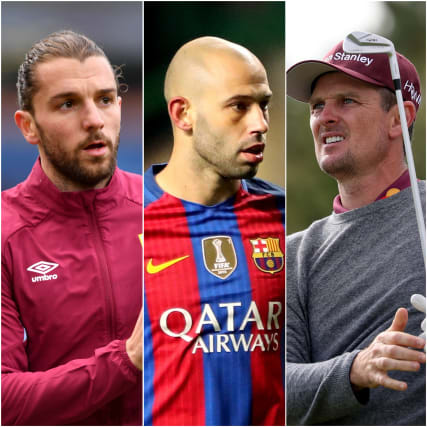 Here, the PA news agency looks at some of the best examples from November 17.

Burnley’s Jay Rodriguez was getting stick at training thanks to local hopeful Jordan North’s antics on ‘I’m A Celebrity, Get Me Out Of Here!’.

Harry Kane was up early for an interview on Good Morning Britain.

Javier Mascherano was reflecting on his newly-retired status.

And Sergio Aguero and Cesc Fabregas were among those wishing him well.

Scotland recalled a memorable result at Wembley on this day 21 years ago.

Virat Kohli didn’t appear to be struggling too much in quarantine.

Kevin Pietersen heard the call of the wild.

Justin Rose shared a fond memory of time on the junior tour.

From one heavyweight to another, Tyson Fury paid his respects to WWE’s Undertaker.

Something tells us James Haskell really wants the gyms back open.