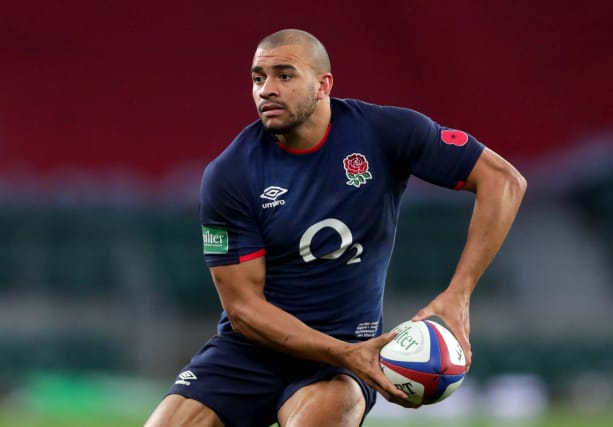 Jonathan Joseph is winning his battle with the back injury sustained against Georgia as the first true challenge of England’s Autumn Nations Cup looms at Twickenham on Saturday.

Joseph suffered a spasm while in the process of setting up a try for Elliot Daly in the first half of a 40-0 rout of Les Lelos last weekend and was in obvious pain as he was helped from the pitch.

The 29-year-old Bath centre-turned-wing has responded well to treatment, however, and could be ready in time for the visit of Andy Farrell’s Ireland.

“Jonathan is recovering nicely, so hopefully he’ll be in contention for this weekend, which is good for us,” attack coach Simon Amor said.

The news is less positive over fly-half George Ford and prop Joe Marler, both of whom look set to miss out once again as respective Achilles and knee injuries leave them waiting to make their first Autumn Nations Cup appearances.

“George is progressing nicely as well. We’re hoping he’ll be in contention in some part of this tournament,” said Amor, who revealed that flanker Mark Wilson has returned to his club Newcastle for treatment.

“It’s an Achilles injury, which can take some time, but he’s progressing nicely so that’s encouraging,” Amor added of Ford. “We’re not sure at the moment if he’ll be back for Saturday, but he’s moving in the right direction which is brilliant.

“Joe’s another one who is progressing nicely and moving in the right direction. Hopefully he’ll be involved in some part of the tournament and hopefully that will be sooner rather than later.