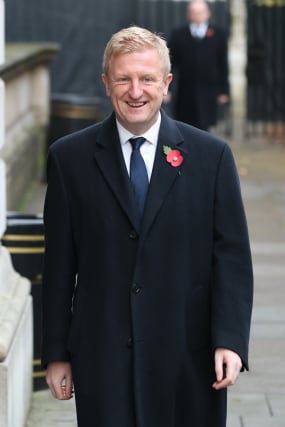 The Government has held what it described as “constructive” talks with football leaders around how the game is run, how it is financed, getting fans back into grounds and diversity.

Culture Secretary Oliver Dowden met virtually with representatives from the men’s and women’s professional games and fans’ groups on Tuesday, and said further discussions will continue.

“Constructive conversation with football leaders on governance and getting fans back,” he wrote on Twitter.

“I want to work together with football to make progress on important issues for the game’s long-term future.

“Discussions to continue as we start our fan-led review of governance.”

The fan-led review was a commitment the Conservative party made in its election manifesto last year.

Dowden had spoken last month about the wisdom of committing to such a review when Project Big Picture proposals became public knowledge.

He described PBP as a “distraction at best” from what he saw as the main priority of the Premier League providing financial assistance to clubs in the EFL starved of matchday income.

There is still no formal agreement over a rescue package, though the EFL said last Thursday a “significant step forward” had been taken when it was agreed negotiations around a £50million package of grants and loans for League One and Two clubs could be finalised.

PBP proposed an immediate £250million rescue package for the EFL as an advance of future revenues, with the promise of a 25 per cent share for the EFL in all future TV deals the Premier League struck.

PBP was rejected by Premier League clubs in favour of the continuation of a strategic review.

Dowden’s tweet did not reference any new target date for the return of spectators.

October 1 had been earmarked as the date when spectators could return to grounds on a socially distanced basis, with venues set at that point to operate at up to one third of normal capacity.

However, a spike in coronavirus infections which has now led to a second national lockdown has made it more difficult to make the case for a swift return of spectators.