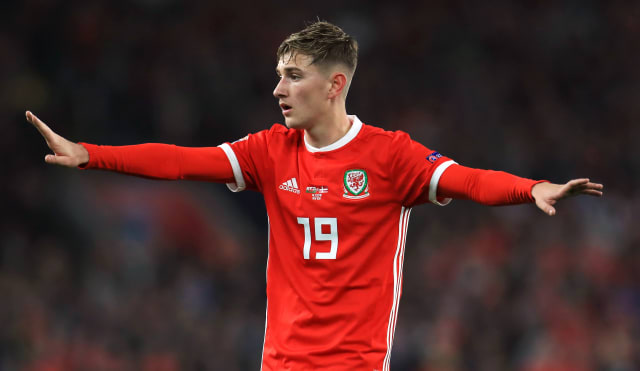 Wales forward David Brooks is focusing on an “exciting time” for club and country as he looks to put a nightmare 12 months behind him.

Brooks did not play a senior game for over a year because of two ankle operations and the coronavirus pandemic which placed last season on hold for three months.

The 23-year-old was still struggling for full fitness when Bournemouth were relegated from the Premier League in July and did not complete his first 90 minutes of league football until just before the international break.

Brooks scored twice in that 3-1 Bournemouth win at Birmingham and built on it with the second-half winner as Wales beat the Republic of Ireland 1-0 on Sunday to remain top of their Nations League group.

“This is an exciting time for me,” Brooks said after scoring his second Wales goal.

“Last year I was out for 12 months and then on a personal note I couldn’t affect the team when I did come back to try and get them out of the relegation zone.

“The start of this season has shown we deserve to be in the Premier League and we’re all pulling in the same direction to get back there.

“The main focus is to help Bournemouth get back into the Premier League and then to go away and have a good campaign with Wales at the Euros.”

The irony is that Brooks might have struggled to make the Wales squad had the Euros not been delayed for 12 months due to Covid-19.

He certainly would not have been anywhere near full fitness for the pan-European tournament, which sees Wales in the same group as Italy, Switzerland and Turkey.

“It’s always a worry (about coming back) when you get injured, especially after you’ve been out for 12 months,” Brooks said.

“I was working really hard and then the lockdown hit around the time I was coming back.

“I wasn’t best pleased when it happened because I’d just done four or five weeks of pre-season training to get back fit.

“I was off for three weeks and then I went straight into another pre-season, which wasn’t very enjoyable.

“This season has been a bit stop-start with little niggles. But it was nice to get 82 minutes against Ireland in my bank as I work back up to full fitness and full sharpness, and I’m just trying to stay fit.”

Wales meet Finland in Cardiff on Wednesday to determine who will win Group B4 and secure promotion to League A.

The Dragons are unbeaten in 10 competitive matches and have kept seven successive clean sheets in that sequence.

“You just have to look at the quality in our dressing room, we don’t go into any game thinking anything else other than getting three points,” Brooks said.

“We’ll attack Wednesday in the same way we did against Ireland, knowing we are probably the better team and we should win that game.”

The Football Association of Wales has said plans for the Finland game are “unaffected” by Ireland pair Matt Doherty and James McClean testing positive for coronavirus.

“The Football Association of Wales are aware that two Republic of Ireland players involved in last night’s match have tested positive for COVID-19,” said an FAW spokesperson.

“The national team’s preparations for Wednesday’s Nations League match against Finland are unaffected and remain as planned.

“The FAW will continue to adhere to Public Health Wales and UEFA guidelines as well as internal protocols which have been implemented since the resumption of international football this year.”