Seven games, no wins – What’s going on with Stephen Kenny’s Republic of Ireland? 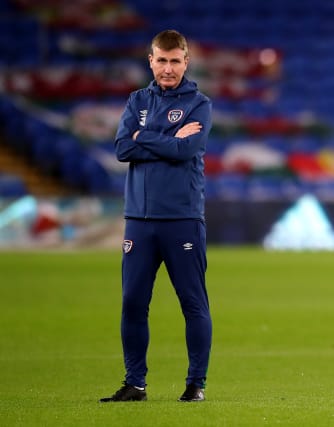 Stephen Kenny has endured a baptism of fire after stepping on to the international stage as the new Republic of Ireland manager.

Seven games into his reign, the former Derry City, Shamrock Rovers and Dundalk boss is yet to taste victory, and has seen his side miss out on Euro 2020 qualification and slip to within 90 minutes of relegation from Nations League B.

That, however, is only part of the story. Here, the PA news agency takes a look at a turbulent start to Kenny’s tenure.

Is the situation as bad as it looks?

If judged on the hard currency of results alone, the picture looks bleak. Kenny’s seven games to date have resulted in two draws and five defeats, one of them a heartbreaking exit from the Euro 2020 semi-finals in Slovakia on penalties. More worrying, perhaps, is Ireland’s lack of potency – they have scored only one goal under their new manager and none in the last six games. However, to put that run into some kind of context, the Republic have won just three of their last 20 competitive games and scored only 10 goals, three of them from the head of central defender Shane Duffy.

What is Kenny’s mission?

Kenny stepped out of predecessor Mick McCarthy’s shadow determined to bring the philosophy he had adopted wit his Under-21s side into the senior ranks. Tired of seeing Irish teams vaunted for their character, resilience and physicality, he vowed to play a front-foot, possession-based brand of football and to that end, has used Aaron Connolly, Adam Idah, Jayson Molumby, Dara O’Shea and Jason Knight, all of whom are still eligible to play at Under-21 level, while Troy Parrott, who was capped by McCarthy as a 17-year-old, has missed out only through injury. Blooding that new generation is a major focus and in the long-term, was perhaps an even greater priority than reaching the rescheduled Euro 2020 finals.

What challenges does he face?

Many of Kenny’s challenges mirror those of his most recent predecessors. It is a long time since an Ireland manager could pick men playing regularly at big clubs with the likes of Shay Given, John O’Shea, Damien Duff and Robbie Keane all retired. Matt Doherty at Tottenham, Sheffield United duo Enda Stevens and John Egan and Newcastle midfielder Jeff Hendrick are playing Premier League football, but many of their team-mates are sitting on benches or plying their trade in the Sky Bet Championship. But perhaps the biggest conundrum remains finding someone – or in reality, several men – to fill Keane’s sizeable boots in front of goal, with youngsters Idah and Connolly yet to register, and a system which creates chances for them.

What can he plead in mitigation?

Plenty. If it could go wrong, it has gone wrong for Kenny during his first few months in charge. Coronavirus robbed him of eight players in October and Callum Robinson and Alan Browne this month. In addition, Seamus Coleman and Egan joined Stevens on the injured list after meeting up last week and James McCarthy had to withdraw from the squad for personal reasons, denying the manager of more likely starters. In addition, he inherited a side which had beaten only Gibraltar twice and Georgia in competitive games since March 2019.

Is he under pressure?

No. Kenny’s elevation was part of a long-term plan drawn up by a now defunct regime at the Football Association of Ireland, which has since undergone a radical overall in the midst of a financial crisis. Having opted for big names Giovanni Trapattoni and Martin O’Neill at great expense and then turned to the tried and trusted McCarthy once again, his appointment was an attempt to foster continuity with a manager who had earned respect for his achievements in the League of Ireland, and had the added benefit of being affordable. His team has certainly increased its share of possession in games, but needs to use it to significantly better effect.