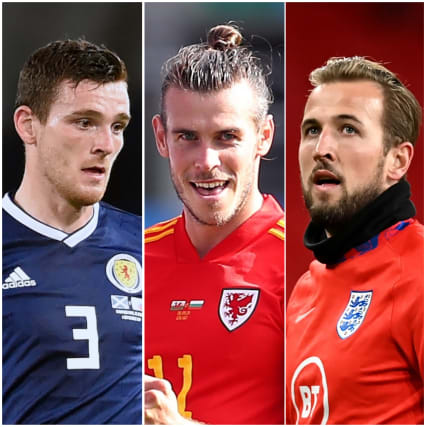 The Nations League groups draw to a close on Wednesday with plenty still to play for.

Here, the PA news agency looks at the possible outcomes for England, Scotland, Wales, Northern Ireland and the Republic of Ireland.

They are five points behind Roberto Martinez’s leaders in Group A2 ahead of Wednesday’s final game against Iceland, who are already relegated.

Scotland sit a point clear of the Czech Republic at the summit of Group B2 and will finish top if they beat Israel on Wednesday.

Steve Clarke’s side missed a chance to clinch top spot on Sunday as they were brought back down to earth with a bump in a 1-0 defeat in Slovakia.

Just days after their famous penalty shoot-out win in Serbia to qualify for the Euro 2020 finals, the Scots were beaten by a deflected long-range effort from Jan Gregus in the first half.

Wales remain in pole position to win Group B4 and sit one point ahead of Finland.

They host the Finns on Wednesday after a hard-fought 1-0 win over the Republic of Ireland at the Cardiff City Stadium on Sunday.

David Brooks headed the only goal of the game after 66 minutes.

Ian Baraclough’s side are staring at relegation from Group B1 ahead of the visit of Romania on Wednesday.

They are currently bottom of the group with one point. Their only hope of avoiding dropping into the next tier down is by overtaking third-placed Romania, who have four points.

Romania’s game with Norway was cancelled on Sunday due to coronavirus restrictions affecting Lars Lagerback’s squad and it is now likely they will forfeit the game, handing a 3-0 walkover victory to Romania and sealing Northern Ireland’s relegation. A decision will be made by UEFA’s Control, Ethics and Disciplinary Body.

The Republic face a relegation decider against Bulgaria in Dublin on Wednesday.

They are winless in Group B4 and sit a point ahead of Bulgaria.

Jeff Hendrick was red-carded in their defeat to Wales to compound their frustrations.