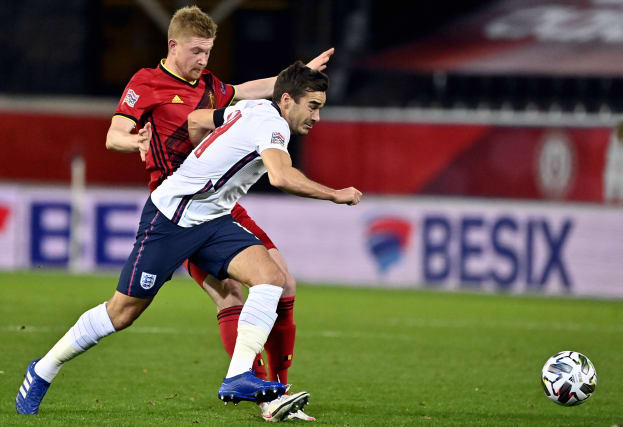 Harry Winks admits his “difficult” situation at Tottenham may threaten his chances of making the cut for England’s Euro 2020 squad.

The 24-year-old midfielder has found himself on the periphery of the Spurs team under Jose Mourinho and has played just 17 minutes of Premier League football since the start of October.

Despite falling down the pecking order at club level, Winks remains a regular in the England ranks and picked up is ninth cap as he came on at half-time during Sunday’s Nations League defeat to Belgium.

Winks is a favourite of Three Lions boss Gareth Southgate and is likely to be in the mix for a place in the squad for next summer’s rescheduled European Championships.

But he concedes that things need to change at Tottenham if he is going to challenge for a starring role.

Asked if he needed to play more minutes at club level to stay in the England picture, Winks replied: “Definitely, my situation at Tottenham is difficult at the moment.

“But, yes, it’s important that back at Tottenham I get the opportunities there and I stay in the team there as well.”

Southgate has options across the pitch, with a host of players in most positions in the running come England’s opening game of the finals – a Wembley date with Croatia on June 13.

While that could also lead to Winks slipping out of favour, he feels having such quality to call upon can help England achieve their goals as he hopes for another chance to impress Southgate in Wednesday’s Nations League dead-rubber against Iceland.

“We are definitely up there in the sense of the players that we’ve got,” Winks added when asked what level he thought England were at.

“The squad and the quality in depth as well is frightening, and the amount of players who can step in and who are constantly trying to give the manager difficult decisions to make.

“The good thing about England right now is we’ve got so many good, technical players. There are so many good players performing at such high levels in their clubs as well.

“Once we get that gel right and once we start to get a bit of consistency going into the Euros we definitely believe that we are good enough to go all the way.”