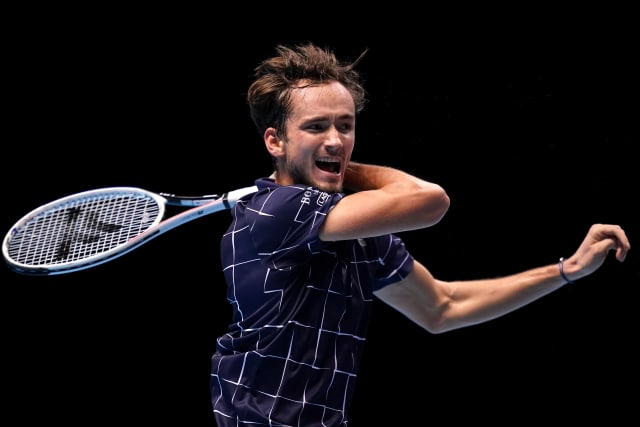 The Russian made his debut at London’s O2 12 months ago but failed to win any of his three round-robin matches, “choking” – in his own words – in a loss to Rafael Nadal.

But he arrived at the tournament on the back of a final victory over Zverev to win the Paris Masters last weekend and scored a repeat with a 6-3 6-4 triumph.

It is the first time in his four appearances that Zverev, the champion in 2018, has lost his opening match.

The German has been competing under the considerable shadow of serious domestic abuse allegations made by ex-girlfriend Olga Sharypova that he again denied in his pre-tournament press conference.

On the court Zverev has appeared unaffected, but his recurrent second-serve troubles reared their head early on in this contest.

The 23-year-old served six double faults in his first three service games, losing two of them, and the second break saw Medvedev take control after a series of lengthy rallies and close games.

A break in the seventh game of the second set put the Russian within sight of the finish line, and in the next game he pulled out an underarm serve.

Zverev scrambled well to retrieve it but miscued a volley, and Medvedev clinched the victory with a leaping backhand drilled crosscourt.

He will take on Novak Djokovic on Wednesday while Zverev needs a win over Diego Schwartzman to keep his semi-final hopes alive.