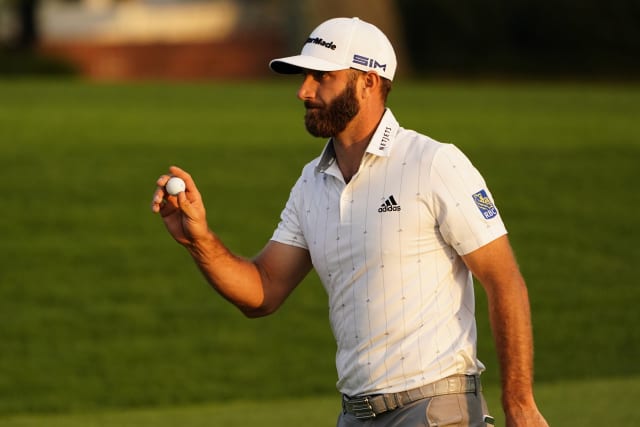 Dustin Johnson took a four-shot lead into the final round of the 84th Masters on Sunday.

It is the fifth time the world number one has held at least a share of the lead after 54 holes of a major championship.

Here, the PA news agency looks at what happened on the previous four occasions.

A brilliant third round of 66 had given Johnson control of the tournament at Pebble Beach, with Northern Ireland’s Graeme McDowell his nearest challenger and Tiger Woods the only other player within five shots. However, it all unravelled in a matter of minutes as Johnson made a triple bogey on the second hole, a double bogey on the third and dropped another shot on the fourth on his way to a nightmare 82. In tough conditions, McDowell’s closing 74 was enough to secure the title.

Five years on, Johnson came far closer to claiming his first major title after entering the final round at Chambers Bay tied for the lead with Jordan Spieth, Jason Day and Branden Grace. Leading by two at the turn, Johnson bogeyed three of the next four holes and was three behind until Spieth double-bogeyed the 17th. Johnson birdied the same hole to get back on level terms and, after Spieth birdied the 18th, Johnson found the green in two on the par five to set up an eagle putt to win from 12 feet. However, he missed that and the return for birdie to force a play-off, gifting Spieth the title.

After finally winning the US Open in 2016, Johnson was again part of a four-way tie after 54 holes at Shinnecock Hills with Brooks Koepka, Daniel Berger and Tony Finau. Johnson had led by four shots at the halfway stage but struggled to a 77 on Saturday as the USGA admitted they “went too far” with the severity of the course set-up. A level-par final round of 70 was no disgrace, but Koepka’s closing 68 gave him a one-shot victory over England’s Tommy Fleetwood, who equalled the championship record with a stunning 63.

Johnson surged through the field with a brilliant third round of 65 to open up a one-shot lead over fellow Americans Scottie Scheffler and Cameron Champ at Harding Park in San Francisco. A hard-fought final round saw seven players tied for the lead in the closing stages until Collin Morikawa chipped in for a birdie on the 14th and then drove the green on the par-four 16th to set up a decisive eagle in his closing 64. Johnson birdied the last for a two-under-par 68 to share second with Paul Casey.