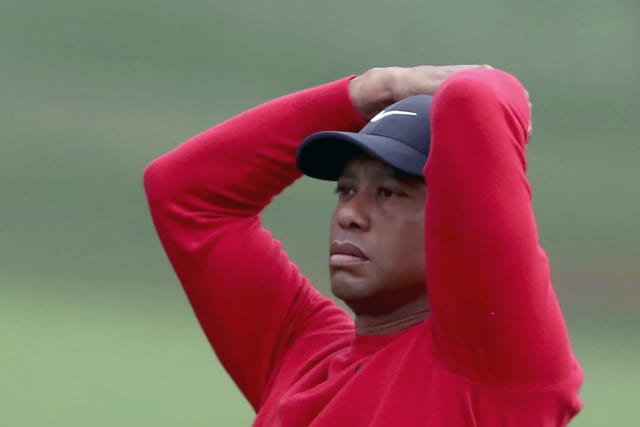 Defending champion Tiger Woods made history during the final round of the 84th Masters, but for all the wrong reasons.

Woods was out of contention for the title as he played the par-three 12th, a hole which was a key part of his memorable victory last April.

On that occasion it was rivals Francesco Molinari, Brooks Koepka, Ian Poulter and Tony Finau who all found the water in front of the green, but this time Woods did so an amazing three times on his way to a 10 – the highest single-hole score of his entire career.

Faced with an awkward stance in the sand, Woods thinned his sixth shot back across the green into the water and eventually made it out with his eighth shot before two-putting from the fringe.