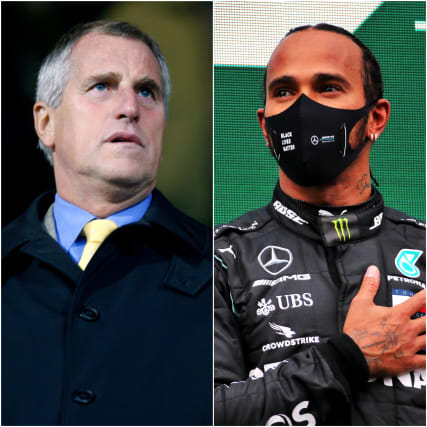 Here, the PA news agency looks at some of the best examples from November 15.

The footballing world paid tribute to Former England goalkeeper Ray Clemence, who has died at the age of 72.

Harry Maguire loved taking over the England captaincy against Republic of Ireland.

Jay Rodriguez looked back on his England debut.

He went home for it.

Lewis Hamilton was crowned champion of the world for a record-equalling seventh time after he won a dramatic Turkish Grand Prix.

And was lavished in praise for his heroics afterwards.

Eddie Hearn was proud of the history makers.

The Matchroom promoter also revealed the injury Terri Harper sustained during her fight.

Conor McGregor was full of praise for compatriot Katie Taylor.

And celebrated with a game of ping pong.

It was a ‘Beautiful Day’ for Carl Frampton, as he received a gift from some high-profile friends.

Dame Helen Mirren even had a say on the controversial decision in the Andrew Moloney-Joshua Franco fight.

The White Rhino hung up his gloves.

Not everything goes according to plan.

Dare you to tell them!

KP was on the move.

Tiger Woods had a hole to forget at the Masters.

Contender for shot of the tournament from Australian Cameron Smith.