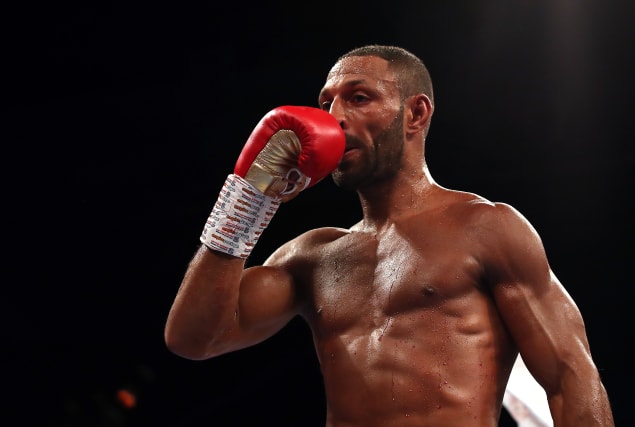 The 34-year-old Brook was outshone in only his second bout in the last two years and was a huge underdog against Crawford, who is now unbeaten in 37 professional fights.

The Briton took a standing eight count a minute into the fourth when the American connected with a right hand and Crawford pounced after the resumption with a flurry of shots with referee Tony Weeks stepping in.

Brook, by a narrow margin, had the best of the early exchanges but the Nebraskan began to switch stances and found his rhythm by the third.

The jab, which was the beginning of the end for Brook, seemed fairly innocuous but he fell back into the ropes and the writing was on the wall as Crawford, who saw off Amir Khan in 2019, finished the job.

There was controversy further down the card when the bout between Joshua Franco and Andrew Moloney ended in a no contest.

Franco, the WBA super flyweight holder, was on the back foot inside the first round when the referee deemed he had been on the receiving end of a headbutt and the fight stopped despite replays suggesting the cuts were as a result of Moloney’s jabs.