Eddie Jones bracing England for ‘massive step up’ against Ireland 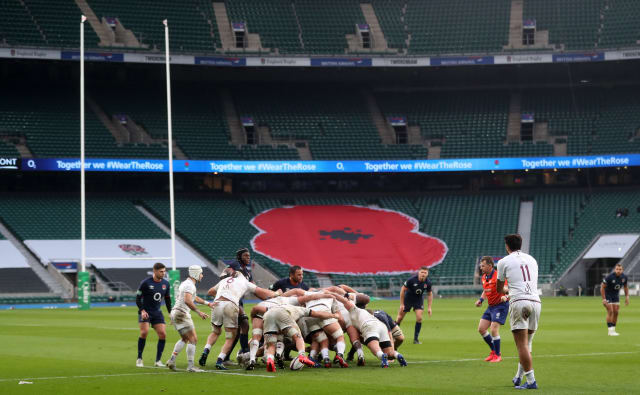 Eddie Jones fears that successive clashes against Italy and Georgia have left England inadequately prepared for the first meaningful fixture of their Autumn Nations Cup.

A week after dispatching Italy 34-5 in Rome to clinch the Six Nations title, Owen Farrell’s team produced a 40-0 rout of Los Lelos that was equally comprehensive while also exposing areas to improve on, mainly the attack.

Ireland arrive at Twickenham on Saturday fresh from a conclusive win against Wales and having played France the week before, Jones believes they will be more battle-hardened.

“It’s a massive step up. You’ve just got to look at the world rankings,” Jones said.

“Georgia are ranked 12, Italy are 14th. Ireland are in the top four or five (fifth). It’s like going from playing Kei Nishikori to Novak Djokovic in tennis.

“The last two games haven’t helped our preparations. Our difficulty is that we’ve played two tier-two countries and we’re going to play against a team who have had a great preparation against Wales and France.

“We’re going to have to prepare really well this week because Ireland are a tough, physical team.

“Obviously had some great European success and had a change of coach after the World Cup. They present a massive physical challenge and a good tactical challenge.”

Jones believes Ireland will pose different challenges, forcing “a rethink in how we select the team”, but he was able to reflect on a satisfying demolition of Georgia’s respected pack.

Los Lelos’ strength was ground into submission in a game that produced a staggering 17 scrums, 31 line-outs and 11 mauls.

Among the engineers of England’s dominance up front was Ellis Genge, the fiery Leicester prop.

“It was good but we can’t get ahead of ourselves. We put so much prep into that game knowing they are a good scrummaging side and we have to bring that every week,” Genge said.

“We spoke about their scrum. It’s similar with Argentina. They love scrummaging, so if you can match them there, usually that puts you in good stead around the field.

“They are not a bad pack. They are good players. We did come out with ascendancy, but they are still a good outfit.”

Genge was at the heart of a fight that erupted when England and Georgia trained together in Oxford in February 2019 as a live scrummaging session turned nasty, forcing coaching and backroom staff to separate the warring players.

“To a degree we had a point to prove, but to be honest I got the frustration out there and then in Oxford,” Genge said.

“We all know that we can’t throw any haymakers or anything like that in a game, so there’s no point thinking about it too much. There’s no bad blood there.

“I’ve got a lot of respect for those boys and I’ll always shake their hands after, irrespective of whether they’ve splatted my nose or not!”