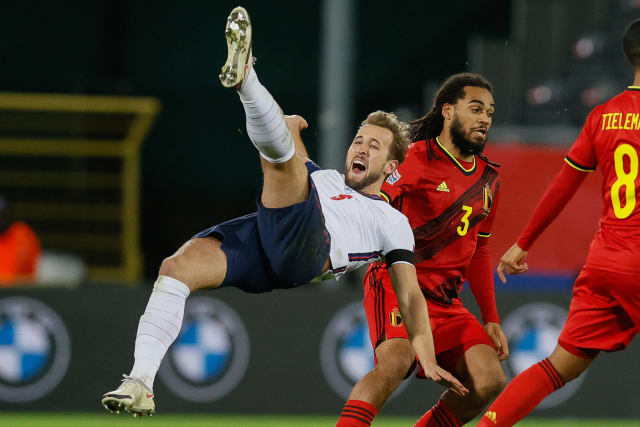 The PA news agency takes a look at how the 27-year-old striker got on in the 2-0 loss to the world’s top-ranked side in Leuven.

Kane is best-known for being a sharpshooter but his performances for Tottenham this season have highlighted his ability to provide. Deployed as the focal point of a 3-4-3 formation at Den Dreef, the skipper dropped deep at times and was often seen driving forwards in an attempt to change the play. An intelligent player and fine passer, he produced one particular cross that he would have loved to have been on the end of.

Kane has netted a phenomenal 32 goals since making his debut in March 2015, putting him on course to beat Wayne Rooney’s all-time scoring record of 53. Romelu Lukaku’s goal-line clearance prevented him from adding to that tally shortly after Youri Tielemans’ opener in Leuven, where he got saw a shot blocked by Thibaut Courtois as half-time approached. Kane saw a cross-shot land on the roof of the net and a close-range effort blocked among a number of half chances on a frustrating night.

While this was a momentous occasion on a person level, Kane will be more concerned about the loss that ended England’s chances of reaching the Nations League finals. The 27-year-old was not as sharp as he can be against Belgium as the Three Lions failed to turn dominance into goals.